Rio de Janeiro has been the state hit second-hardest in Brazil, after Sao Paulo, the country's industrial hub. 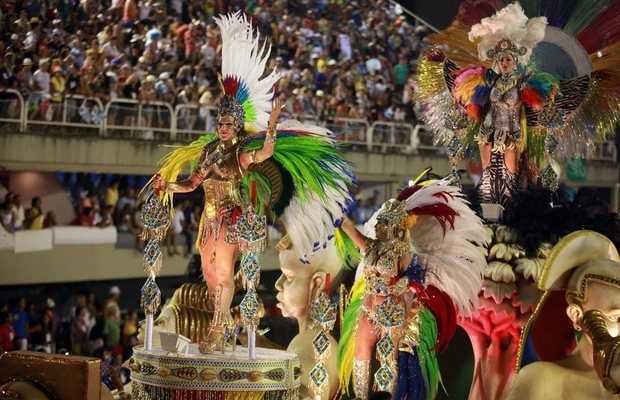 The world-famous Rio de Janeiro Carnival, which attracts millions of visitors to Brazil each year, has been
postponed for the first time in 108-years amid coronavirus pandemic.

Rio Carnival which was set to hit the streets next February has been indefinitely postponed by the authorities with no new date yet allocated.

Samba schools in Rio de Janeiro made the announcement on Thursday that they would delay the February 2021 Carnival because of COVID-19, and adding that it would probably not take place until a vaccine was found.

This is the first time the event has been canceled since 1912.

Jorge Castanheira, president of the Independent League of Rio de Janeiro Samba Schools (LIESA), which organizes the event, said: ‘We came to the conclusion that the event had to be postponed.

‘It’s not a cancellation, it’s a postponement. We are looking for an alternative solution, something we can do when it’s safe to contribute to the city.

‘But we aren’t certain enough to set a date’, he added.

Due to the postponement of the carnival that attracts millions of visitors to Brazil each year, there are fears regarding the economic impact.

However, the country’s tourism officials say that they are seeking alternative celebrations that would be compatible with social distancing guidelines.

Brazil has been one of the worst-hit countries by the pandemic with 4.5 million infections and more than 138,000 deaths, the second-highest death rate related to COVID-19 – second only to the USA.

Rio de Janeiro has been the state hit second-hardest in Brazil, after Sao Paulo, the country’s industrial hub.