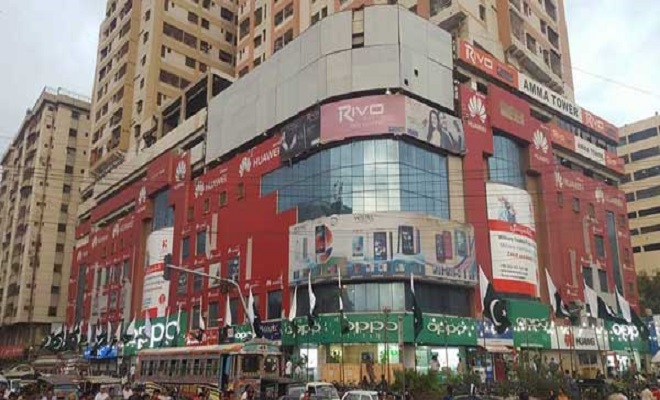 As flimsy as it might sound, a lone robber conducted a 35 hour heist in the Amma Tower, mobile market in Saddar. According to initial reports that have come in, the robber entered the mall on Saturday night and left on Monday morning, spending 35 hours inside the mall and stealing 111 android phones worth Rs 4.5 million.

The robber used black spray paint to blacken the CCTV cameras inside the mall.

Since the incident occurred in the jurisdiction of Preedy Police Station, Preedy SHO Liaqaut Hayat  told the Express Tribune that the “robber entered Amma Tower on Saturday night and broke the locks of the shop. He left the mall on Monday around 10.30am. The policemen confirmed that the thief took 111 android phones.”

According to the police, the robber had come prepared with dry food as well.

A case has been registered against the suspect, who can be seen in the CCTV footage, spraying the cameras while. Although he had his face covered with a cloth, police are hopeful to catch the suspect.