Duke and Duchess of Cambridge had to reschedule their engagements for friday, the last day of their five-day tour. 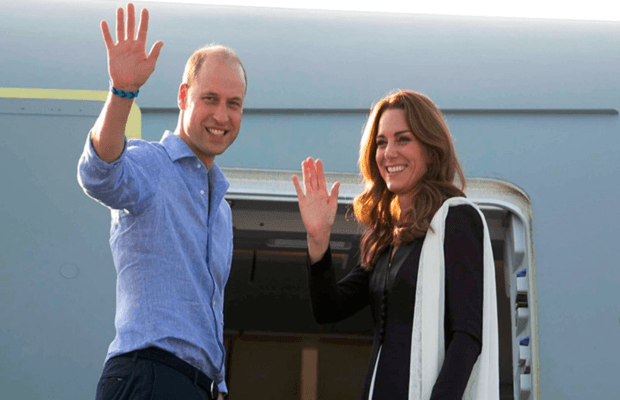 Prince William and his wife Kate Middleton on Friday left for the United Kingdom after completing the much anticipated five-day visit of Pakistan.

Kensington Palace had called the trip, the Cambridges’ first official visit to Pakistan, their “most complex” tour to date as the royals seek to boost ties between Britain and the second largest country in the Commonwealth.

The royal couple was seen off at the Nur Khan airbase by British High Commissioner Thomas Drew and other officials.

Friday marked the royal’s final day of the tour and the pair were forced to cancel an engagement after they were forced to spend the night in Lahore due to an electrical storm.

As being reported by Britain’s Press Association, William and Kate were due to fly over the Khyber Pass bordering Afghanistan in an engagement on Friday, but a “pretty bad storm” saw their flight turn back on Thursday evening.

For the final leg of the tour, the royal couple visited the Islamabad’s Army Canine Centre later on Friday, which is modeled on the UK Defence Animal Training Centre at Melton Mowbray.

At the Army Canine Centre in Islamabad, The Duke and Duchess of Cambridge joined dog handlers as they train dogs to recognise and scout out hidden explosive materials, before taking some of the puppies through their paces on an agility training course #RoyalVisitPakistan pic.twitter.com/EwmeCGbVmK

The fifth and final day of the royal visit of Pakistan kicked off as Prince William and Kate William left for Islamabad in the morning from Lahore as their flight couldn’t get landed in Islamabad on Thursday night due to storm.

Yet again, Kate Middleton donned Pakistani brand’s Elan’s dress for departing for Islo from Lahore. In the crisp sunlight Kate’s traveling outfit – a cream kurta by Elan that had striking navy blue piping, looked quite refreshing. She teamed her look with white trousers and nude high heels by J. Crew and was seen for the first carrying a travel bag. 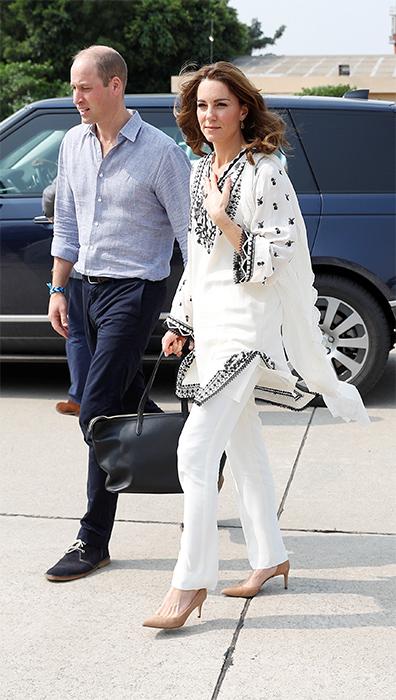 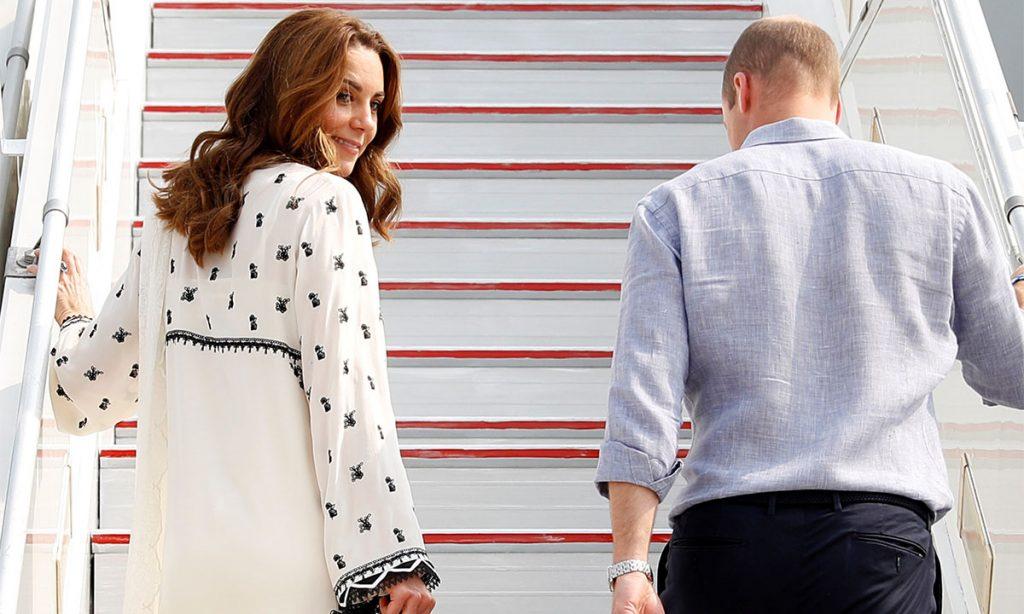 Upon conclusion of a very successful tour, the journalists and crew traveling with the royal couple, have shared their thankyou notes and goodbyes on social media.

#RoyalVisitPakistan was one of the most logistically challenging Royal visits in recent times. The support @ukinpakistan provided enabled @KensingtonRoyal to see so much of this beautiful country. Thank you @pid_gov, @RoyalAirForce & @JLR_News for all your support! 🇬🇧🇵🇰🚙🚁✈️ pic.twitter.com/DwUBA8nDR3

It’s going to be tight trying to file and fly today so before I leave Pakistan, I wanted to say a huge thanks to @ukinpakistan and the entire team at the High Commission for a wonderful visit. They made a logistically difficult trip run so smoothly & nothing was too much trouble

Seconded. Really impressive effort by the @ukinpakistan team here. The best! Hope they can now get some rest. And thanks to @TomDrewUK too. I think they’d be happy for another 13 year break until the next Royal Tour ! #Royalvisitpakistan 🇵🇰 https://t.co/KLz1k5RGJC