Rs 3billion announced for relief fund for affectees of COVID-19

The CM, Ministers, Advisors, Special Assistants & all PPP MPAs will contribute their 1 months salary into the fund, 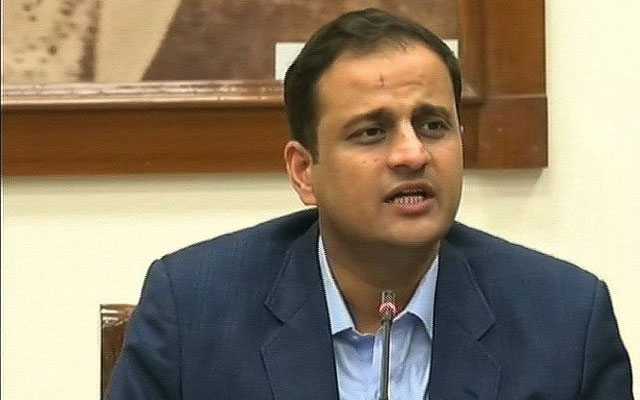 The Chief Minister of Sindh, Syed Murad Ali Shah has announced for a relief fund worth Rs 3 billion for the affectees of coronavirus in the province, the spokesperson Murtaza Wahab said in a tweet.

“#SindhGovt has established a Corona Virus Relief Fund with the seed money of Rs 3 Billion,” the spokesperson tweeted.

#SindhGovt has established a Corona Virus Relief Fund with the seed money of Rs 3 Billion. The CM, Ministers, Advisors, Special Assistants & all PPP MPAs will contribute their 1 months salary into the fund

“The CM, Ministers, Advisors, Special Assistants & all PPP MPAs will contribute their 1 months salary into the fund,” he added.

The fund will be run by five people; three from the public sector and two from the private one, the directives issued by the provincial government. The chief minister has decided to transfer Rs1 billion from the relief fund into the coronavirus relief fund.

Shopping malls, restaurants to remain closed in Sindh for the next 15 days

Sindh government on Tuesday announced to close shopping malls and restaurants for the next 15 days; Adviser to Sindh Chief Minister Sindh on Law Murtaza Wahab tweeted.

The move comes after the national coronavirus tally crossed 230.

“All restaurants,malls, shopping centres will be closed in Sindh from tomorrow, Only takeaways & deliveries will be allowed ” wrote the spokesperson.

“Section 144 also to be imposed at beach & parks. It is clarified that shopping stores & chemists will remain open. Citizens are once again urged to cooperate,” he added.

It has also been announced that Sindh government’s offices will also close by Thursday, adding that inter-city bus services would be suspended.

Noting that Sindh remains the worst-affected province by the virus, the spokeperson said, “We want to limit people to their houses”.

The people will not be allowed to dine-in but they can take-away and order food at home, he said.