A diplomatic setback for India on the international front! 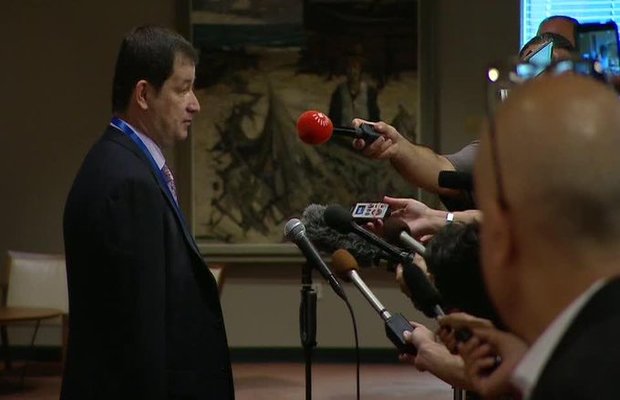 Russia has expressed hope during a closed-door consultation of the Security Council held at the headquarters of the United Nations in New York on Friday, 16 Aug.

Russia expressed that India and Pakistan would settle the dispute over Kashmir in accordance with the charter and the relevant resolutions of the international organization as well as bilateral agreements.

Dmitry Polyanskiy represented the Government of Russian Federation at the UNSC’s closed-door consultation on Pakistan’s plea for an emergency session of the council to discuss India’s recent moves to strip Jammu and Kashmir (J&K) of its “special status” and to reorganize the state into two Union Territories.

Russia’s Deputy Permanent Representative to the United Nations, tweeted while participating at the closed-door consultation of the Security Council, “#Russia continues to consistently promote normalization of #India – #Pakistan ties”.

“We hope that existing divergences around #Kasmir (Kashmir) will be settled bilaterally by political and diplomatic means only on the basis of Simla Agreement of 1972 and Lahore declaration of 1999, in accordance with UN Charter, relevant UN resolutions” while hoping for a settlement between India and Pakistan to end the row over Kashmir.

He also said, “We are friends and good partners with both #India and #Pakistan and both peoples. We have no hidden agendas. So we will open-heartedly continue to engage with Islamabad and New Delhi in order to help both of them come to terms and have good neighbourly relations”

His tweet had gone against New Delhi’s long-standing position that the Simla Agreement in 1972 signed by Indira Gandhi and Zulfikar Ali Bhutto, the then Prime Ministers of India and Pakistan, had left no scope for the UN or any third party to get involved in the process to resolve the “outstanding issues” between the two nations.

The principle of the Simla Agreement had again been repeated at the Lahore Declaration issued by that time Indian Prime Minister AB Vajpayee and Pakistani PM Nawaz Sharif in 1999.

India has been invoking Simla Agreement and Lahore Declaration to resist attempts made by Pakistan to internationalize the bilateral dispute over Kashmir and raise it at the UN General Assembly or the Security Council.

What has surprised New Delhi was his reference to “UN charter” and “relevant UN resolutions” while hoping for a settlement between India and Pakistan to end the row over Kashmir. A diplomatic setback for India on the international front!

A 90-minute private debate among Security Council members on Kashmir is notable.