Russia-Ukraine talks kick off in Belarus 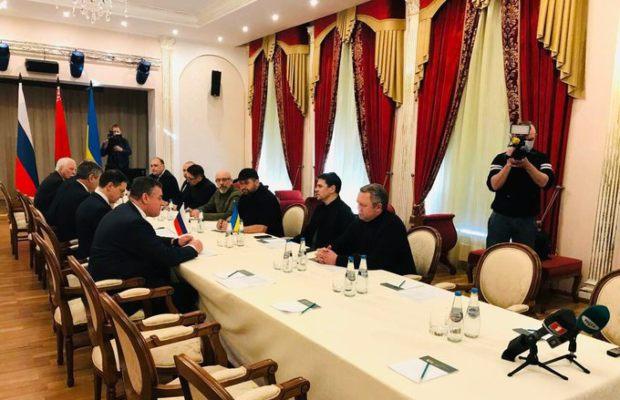 Russia-Ukraine talks kick off in Belarus on Monday.

High-stakes talks between Russia and Ukraine have begun, shortly after the Ukrainian president’s office said the invaded country’s goal for the discussions was an immediate cease-fire and the withdrawal of Russian forces.

The  Russian and Ukrainian delegations arrived at the Belarusian-Ukrainian border for the first talks since the war broke.

Putin aide Vladimir Medinsky, who traveled to Belarus to take part in the talks, said that “the Russian officials definitely have an interest in reaching some agreements as soon as possible.”

The Russian leader had vowed to “demilitarize” and “denazify” Ukraine when he launched his offensive, accusing Kyiv of orchestrating an alleged “genocide” of Russian speakers in eastern Ukraine.

The Kremlin said it would not announce its official position ahead of the talks with a Ukrainian delegation as Moscow’s assault entered the fifth day.

“I suggest we wait for the talks,” Kremlin spokesman Dmitry Peskov told reporters. “I would not declare any negotiating positions.”

On the other hand, Ukrainian President Volodymyr Zelensky has said he was skeptical about the possibility of a breakthrough during the high-stakes talks.

Furthermore, the Kremlin declined to comment Monday on the progress of Russia’s so-called “special military operation,” referring questions to the military, as reported by CNN.

“I don’t think this is the time, to sum up, the results of the [military] operation, we need to wait for the completion of the operation,” Kremlin spokesperson Dmitry Peskov told journalists.