Russia launched an invasion against Ukraine from air, land and sea on February 24. 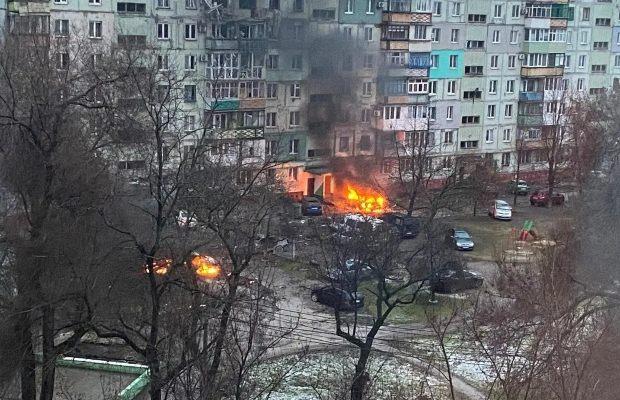 The Russian assault on Ukraine has entered the 11th day on Sunday, March 6.

The number of refugees fleeing Ukraine is expected to reach 1.5 million on Sunday as Russian attacks enter into the 11th day of conflict.

“This is the fastest moving refugee crisis we have seen in Europe since the end of World War Two,” the head of the UN refugee agency UNHCR Filippo Grandi told Reuters in a telephone interview on Saturday.

Grandi added that most refugees at the moment were linking up with friends, family, and other connections already living in Europe, but warned future waves would be more complex.

Ukrainian President Volodymyr Zelenskyy on Sunday has claimed that Russian forces were preparing to bombard the major port city of Odesa on Ukraine’s Black Sea coast.

“They are preparing to bomb Odesa,” Zelenskyy said in a televised address.

Ukraine’s President called on people in areas occupied by Russian troops to fight.

“We must go outside and drive this evil out of our cities,” he said, vowing to rebuild his nation.

“Russian President Vladimir Putin reiterated that he wanted a neutral Ukraine that had been “demilitarised” and “de-Nazified,” and likened Western sanctions “to a declaration of war,” he said adding: “Thank God it has not come to that.”

On the other hand, Russian President Putin called the sanctions imposed by Europe, after the invasion of Ukraine, a declaration of war.

According to details, Russian President Vladimir Putin has said that the sanctions imposed on Russia by the West are tantamount to declaring war.

He warned that any attempt to impose a no-fly zone in Ukraine would be tantamount to entering the conflict.

Vladimir Putin said that only professional soldiers are taking part in the military operation.

“I have no doubt that our army will fulfill all the tasks,” Putin said.

The Russian President made it clear that he has no intention of imposing martial law in his country. He said that everything was going according to plan in Ukraine.