The hunting season in the region kicks off in November and lasts in April. 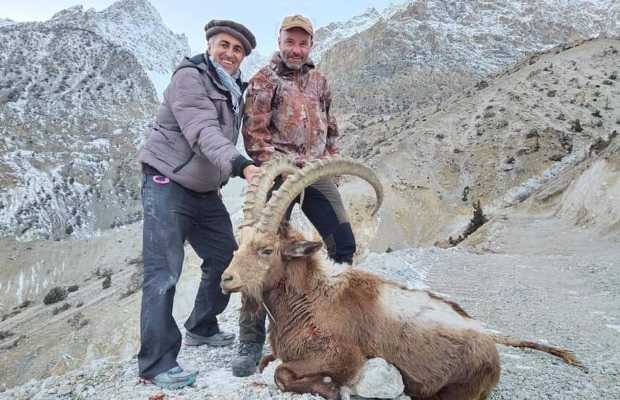 A Russian citizen hunts an Ibex in Khyber conservancy of Gojal in Hunza under the Gilgit Baltistan trophy hunting program.

The name of the hunter and trophy hunting permit fee was not revealed.

The hunting season in the region kicks off in November and lasts till April. 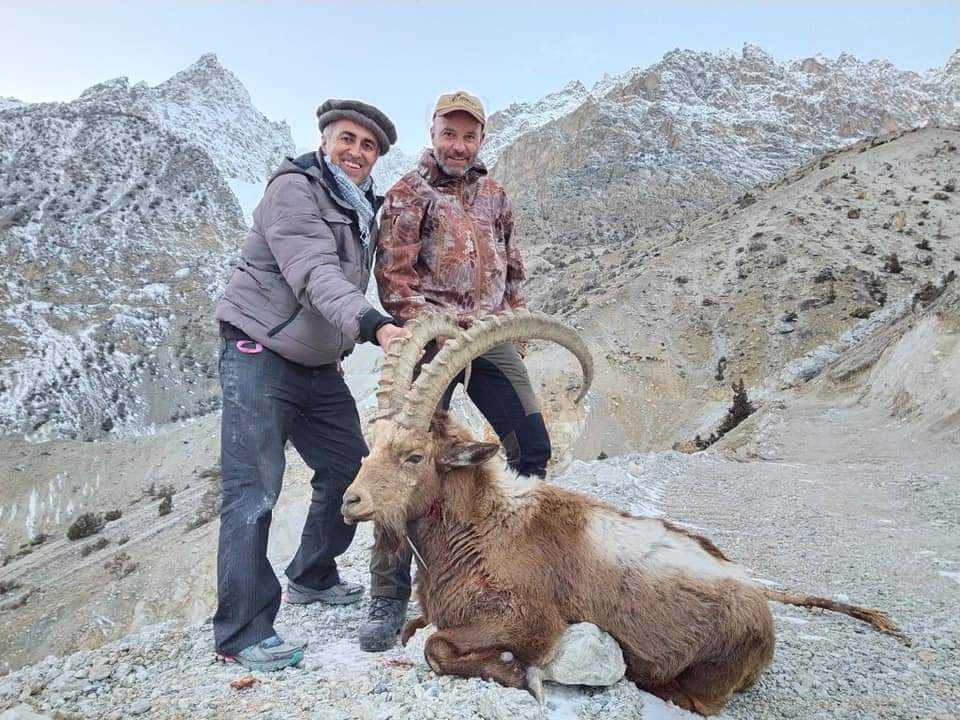 Meanwhile, the hunting of Markhor and Ibex is otherwise prohibited under the general ban imposed by the Govt. of Pakistan and their hunting in Khyber Pakhtunkhwa is allowed, as a special case, only in the Community Managed Conservation Areas.

This vast mountain region is the home to several species of ibex found all.

However, with the strict control on hunting, some of the ibex reach phenomenal sizes offering rewarding trophies to the daring hunters who venture into this great wilderness after paying a hefty amount for the hunting permit.

As being reported, the local authorities hand over 80 percent of the permit money to the respective local communities, while and 20% goes to the treasury of Govt of Gilgit-Baltistan.

The money earned from the hunt is spent on the development of the area.

The local people now work to protect the animal instead of killing. The killings of endangered declared wildlife species have led to a drastic decrease in its numbers.

During the hunting season (2018-2019) in Sassi village of Gilgit, an American citizen hunted the highest-priced Markhor.

The hunter paid $110,000 US dollars to get licenses for the hunting of the national animal of Pakistan.

So far the highest permit fee offered in the country. The foreign hunter managed to hunt a 41-inch Markhor trophy, which is considered a good-sized trophy.

According to officials, the trophy hunting quota is created on the basis of annual surveys conducted by wildlife experts.

Trophy hunting of Markhor (Capra falconeri kashmeriensis) and Ibex (Capra ibex himalayenis) is permissible in the province of Khyber Pakhtunkhwa (Pakistan), subject to such rules and regulations as are provided in the Khyber Pakhtunkhwa Wildlife (Protection, Preservation, Conservation, and Management) Act, 1975.

The hunting of Markhor and Ibex is otherwise prohibited under the general ban imposed by the Govt. of Pakistan and their hunting in KP  is allowed, as a special case, only in the Community Managed Conservation Areas.