Ukranian authorities said as of 11am local time, background radiation in Zaporizhzhia did not exceed "permissible norms". 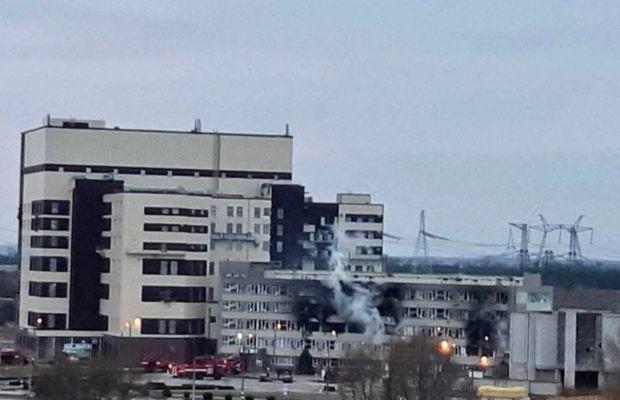 A fire broke out at the complex when it came under attack early on Friday morning.

The Ukrainian nuclear regulator said that the fire had been extinguished and no radiation leak had been detected, with site staff still able to work at the Zaporizhzhia site.

“The Zaporizhzhia NPP site has been seized by the military forces of the Russian Federation,” the State Nuclear Regulatory Inspectorate of Ukraine said, in a statement.

“The fire was extinguished by the Ukrainian State Emergency Service units. Information on the dead and injured is absent.”

Battles ongoing around the Zaporizhzhia nuclear power plant in Ukraine, video reportedly on firefights around the facility pic.twitter.com/M5y2yfREp4

On the other hand, the IAEA chief has confirmed the Russian takeover of the Zaporizhzhia nuclear plant

He says the Russian military has “effective control” of the Zaporizhzhia nuclear site, as well as Chernobyl.

He says a major aim is to ensure nuclear safety at these sites.

These reactors are said to be different in design from the reactors at the Chernobyl nuclear power plant, the site of a reactor meltdown in April 1986, which used so-called RBMK reactors.

The light-water reactors are considered to be more stable than those used at Chernobyl and are used in many parts of the world, including the US. Zaporizhzhia is approximately 500 miles to the south of Chernobyl.

As being reported, Chernobyl’s “exclusion zone” – a 32-km (19-mile) radius around the plant – remains largely devoid of human life, 36 years after a flawed reactor design and series of errors by its operators caused a major explosion at the plant.

The Chernobyl plant’s three other reactors were all shut down by 2000 and it has since been decommissioned.