The award-winning director Alexander Melnik, 63, also died in the incident 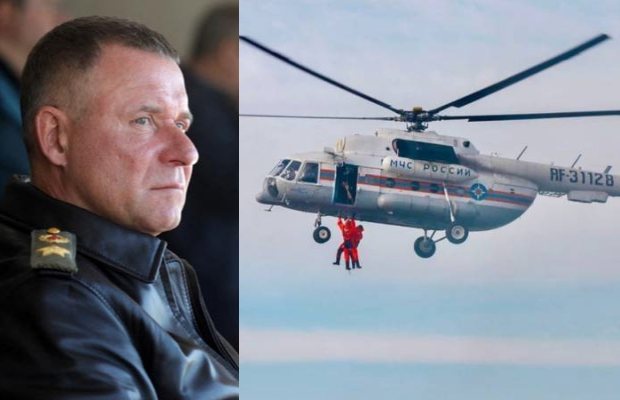 Russian minister dies trying to save man during training exercises! The award-winning director Alexander Melnik, 63, also died in the incident, whom the minister tried to save.

Russian Emergencies Minister Yevgeny Zinichev died after he jumped off a cliff trying to save a cameraman who fell during training exercises in the Arctic city of Norilsk.

The reports emerging clarified that the minister leaped into a waterfall in the Arctic region in an attempt to rescue a prizewinning film director, but both died in the incident.

The ministry in a statement carried by Russian news agencies, on Wednesday, said, “The head of the emergencies ministry, Yevgeny Zinichev, tragically died saving a person’s life at inter-agency drills in the Arctic.”

“We regret to inform you that Zinichev tragically died while performing official duties saving someone’s life during interdepartmental exercises to protect the Arctic zone from emergencies in Norilsk,” the ministry said in a statement.

The award-winning director Alexander Melnik, 63, also died in the incident.

The ministry later said that Zinichev died while trying to save award-winning director Alexander Melnik, who was at the exercises in Norilsk to scout locations for a new documentary on Russia’s development of the Arctic and the Northern Sea Route.

“Without a moment’s hesitation, he acted not as a minister, but as a rescuer. He performed a heroic deed; this is how he lived all his life,” deputy emergencies minister Andrei Gurovich said of Zinichev in televised said.

“There were plenty of witnesses, but no one even had time to figure out what happened as Zinichev jumped into the water after the fallen person and crashed against a protruding stone,” Margarita Simonyan, chief editor of the state-funded RT news broadcaster tweeted.