It's been weeks since the Western officials have been warning about the Russian leader has been preparing an all-out invasion of Ukraine. 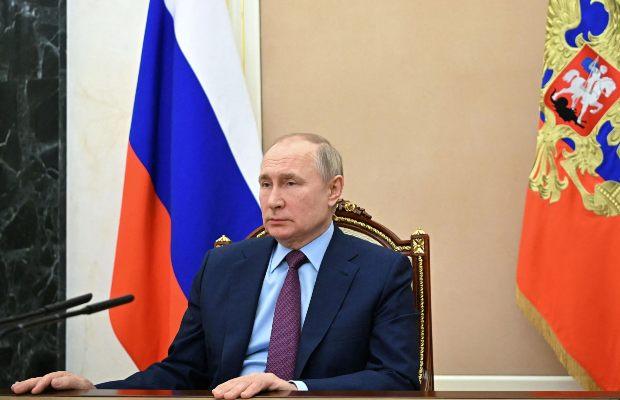 Russia’s interests are “non-negotiable”, says President Putin in a statement on Wednesday.

The statement from the Russian President comes a day after the US and other western countries announced to impose sanctions in wake of Ukraine tensions.

Russian President Vladimir Putin said that Moscow was ready to look for diplomatic solutions amid raging tensions with the West over Ukraine but stressed that the country’s interests were non-negotiable.

“Our country is always open for direct and honest dialogue, for the search for diplomatic solutions to the most complex problems,” Putin said in a video address marking the Defender of Fatherland Day, a public holiday in Russia.

“The interests of Russia, the security of our citizens, are non-negotiable for us,” he said.

It’s been weeks since the Western officials have been warning about the Russian leader has been preparing an all-out invasion of Ukraine.

Putin’s statement came a day after the parliament’s upper house, the Federation Council, gave him unanimous approval to deploy “peacekeepers” to two breakaway Ukrainian regions now recognized by Moscow as independent, and potentially into other parts of Ukraine.

tweet
Share on FacebookShare on TwitterShare on PinterestShare on Reddit
Saman SiddiquiFebruary 23, 2022
the authorSaman Siddiqui
Saman Siddiqui, A freelance journalist with a Master’s Degree in Mass Communication and MS in Peace and Conflict Studies. Associated with the media industry since 2006. Experience in various capacities including Program Host, Researcher, News Producer, Documentary Making, Voice Over, Content Writing Copy Editing, and Blogging, and currently associated with OyeYeah since 2018, working as an Editor.
All posts bySaman Siddiqui