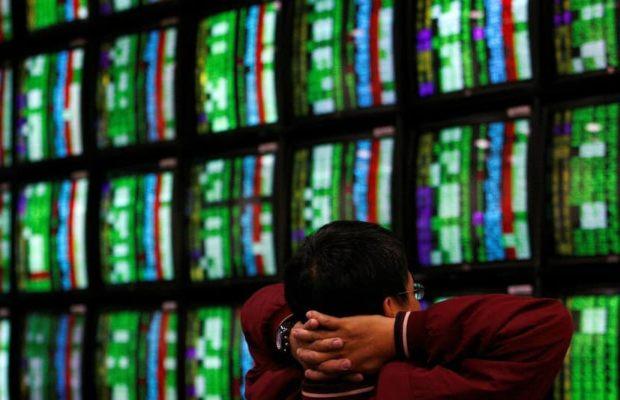 After Russia’s offensive against the neighbour Ukraine, the oil prices have surged towards $100 per barrel in the international markets on Thursday.

According to the experts, the geopolitical volatility and limited supplies mean oil prices will continue to rise.

Amid the Russia-Ukraine conflict, the oil prices are likely to pass well beyond the symbolic $100 per barrel level.

The price of Brent crude hit $102.30 a barrel at one point has reached the highest level for more than seven years.

Russia is the second biggest exporter of crude oil, as well as the world’s largest natural gas exporter.

On the other hand, European gas prices have jumped more than 40% on Thursday.

Stock markets fell, with the UK’s FTSE 100 index opening down more than 2.6%.

Following the attack on Ukraine, the stocks in Asia had fallen sharply on Thursday.

As being reported, around 31 Russian companies are traded on the London stock exchange, as state-owned banks, Sberbank and VTB, along with state-backed oil and gas producers Gazprom and Rosneft have secondary listings here.

Reportedly, the stocks of the companies have tanked:

Furthermore, the Anglo-Russian minder Polymetal is the top faller on the FTSE 100 now, down 42%, with the Russian mining group Evraz in second place, down nearly 30%

Meanwhile, the Moscow Exchange suspended trading shortly after the rouble plunged to its lowest since early 2016.

Overall, the markets are in turmoil as oil prices soar by 6% to seven-year highs, gas prices jump 40%, rouble falls to record low and Russian bonds sell-off.

For now, no reports of oil / gas flow disruption via Ukraine. Emphasis in for now. #OOTT #Ukraine

The price of gold, which is considered a haven asset in times of uncertainty,  has also risen by  2%.

On Wednesday, the EU imposed sanctions on Russia’s defence minister Sergei Shoigu and military chiefs as part of a package of measures over the Kremlin’s recognition of two separatist Ukrainian regions as independent.

Internationally, the investors are now focusing on which sanctions the United States, the United Kingdom, and the European Union might impose on Russia in response to the attack on Ukraine.

tweet
Share on FacebookShare on TwitterShare on PinterestShare on Reddit
Saman SiddiquiFebruary 24, 2022
the authorSaman Siddiqui
Saman Siddiqui, A freelance journalist with a Master’s Degree in Mass Communication and MS in Peace and Conflict Studies. Associated with the media industry since 2006. Experience in various capacities including Program Host, Researcher, News Producer, Documentary Making, Voice Over, Content Writing Copy Editing, and Blogging, and currently associated with OyeYeah since 2018, working as an Editor.
All posts bySaman Siddiqui