The public relations officer of the Punjab prisons department confirmed his release. 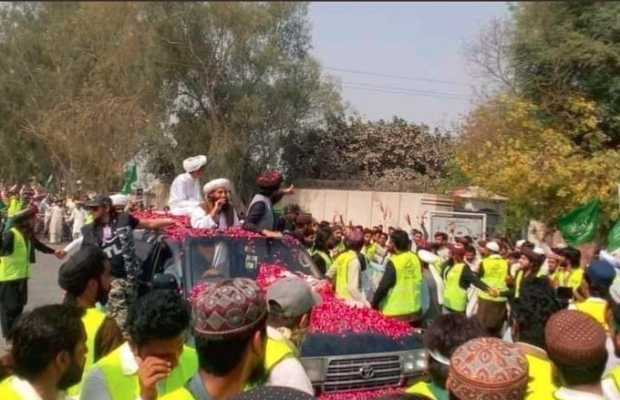 The public relations officer of the Punjab prisons department confirmed his release.

The TLP chief was taken into custody on April 12 by the Lahore police after he demanded that the government expel the ambassador of France over blasphemous caricatures depicting Holy Prophet (Peace be Upon Him).

The development comes after three rounds of negotiations held between the representatives of the banned outfit and the government.

Saad Rivi has been released hours before a National Assembly session was scheduled to take place to vote on the expulsion of the French ambassador, which has been one of the key demands of TLP.

Protests had erupted across the country following Saad Rivi’s arrest.

A number of violent clashes were reported between the security officials and TLP which resulted in the injury of hundreds of protesters and policemen across the country.