Is Netflix really unhappy with the final outcome of season 2? 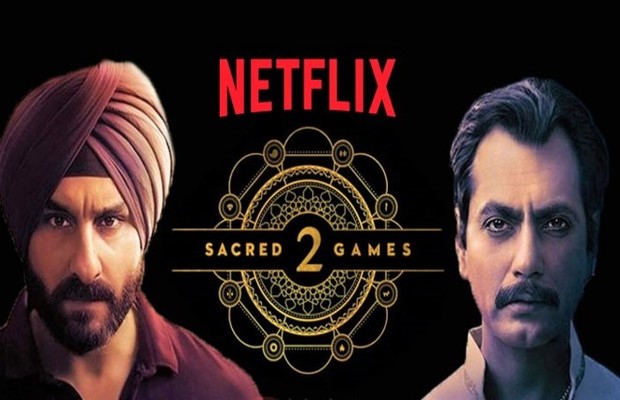 Sacred Games season 2 will now reportedly stream from the end of July or during the first week of August on the Netflix.

It was earlier in March when Netflix India has hinted that the release date of the new season will be out in 14 days with an intriguing tweet. … Tareekh likh le. 14 din mein kuch bada hone wala hai”.

However, those 14 days are already up. But reportedly fans will have to wait for the arrival of the season 2. According to the source, the content of the second season is not up to the mark.

The web series garnered praises for its dark and edgy content and became one of the Netflix’s original most anticipated series.

The worst is yet to come. Sacred Games will be back for Season 2. pic.twitter.com/lSBIzQR2b9

“Netflix is going through it again and that’s why the delay. It seems like the platform isn’t happy with the final outcome. Rumours suggest that this season isn’t that great as the first one. Well, only time will tell if the audience likes the show or not but we all have high hopes”, reports MensXp.

Reportedly the second season picks up from Sartaj Singh (Saif Ali Khan) pursuing his relentless battle of saving the city of Mumbai and Ganesh Gaitonde (Nawazuddin Siddiqui) facing off bigger challenges to retain his position of the kingpin of Mumbai.

The second season has been shot in Cape town and locations in India. Anurag Kashyap has yet again taken charge for Nawazuddin’s portions, and ‘Masaan’ director Neeraj Ghaywan has been replaced Vikramaditya Motwane to direct Sartaj Singh’s part.

The first four episodes of Sacred Games premiered on 29 June 2018, with the full season of eight episodes released on Netflix on 6 July across 191 countries; it has subtitles in more than 20 languages.

Fans will now have to wait a little longer to find out how things turn out for Sartaj Singh (Saif Ali Khan).

tweet
Share on FacebookShare on TwitterShare on PinterestShare on Reddit
Saman SiddiquiMay 2, 2019
the authorSaman Siddiqui
Saman Siddiqui, A freelance journalist with a Master’s Degree in Mass Communication and MS in Peace and Conflict Studies. Associated with the media industry since 2006. Experience in various capacities including Program Host, Researcher, News Producer, Documentary Making, Voice Over, Content Writing Copy Editing, and Blogging, and currently associated with OyeYeah since 2018, working as an Editor.
All posts bySaman Siddiqui