Sacred Games 2 trailer: Nawazuddin Siddiqui and Saif Ali Khan are returning to Netflix with the dangerous game on August 15

The new season promises to be bigger and better than its previous installment! 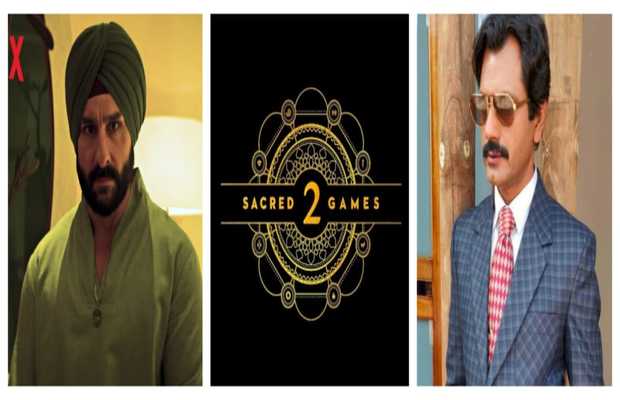 The wait is finally over Netflix’s hit web series Sacred Games is all set to return with its Season 2. Netflix has released the trailer for the much-anticipated S2, which will premiere on 15th of August.

The trailer starts with the character of Ganesh Gaitonde (Nawazuddin Siddiqui) reappearing and Sartaj Singh (Saif Ali Khan) looking for more clues to deal with the lurking danger set to engulf Mumbai.

From the trailer, it seems like the main story will be told through Gaitonde’s perspective and Sartaj’s investigation.

Notorious gangster Ganesh Gaitonde who dies in the first season after a series of bizarre events. It’s now Inspector Sartaj’s task to put together the pieces of a puzzle, which Ganesh Gaitonde has left behind to figure out the details of the ‘war’ which is on the doorstep.

In a brief segment, Ganesh Gaitonde confesses that he underestimated ‘the game’ and says it’s bigger than anyone including himself.

The show is based on Vikram Chandra’s 2006 novel of the same name. For the second season, Neeraj Ghaywan (director of Masaan) has replaced Vikramaditya Motwane as the co-director of the series, while Anurag Kashyap returns to the director’s chair.

The new season promises to be bigger and better than its previous installment, which was shot extensively in Kenya, Cape Town, and Johannesburg.