Kalki Koechlin and Ranvir Shorey join in the star cast for seaosn 2. 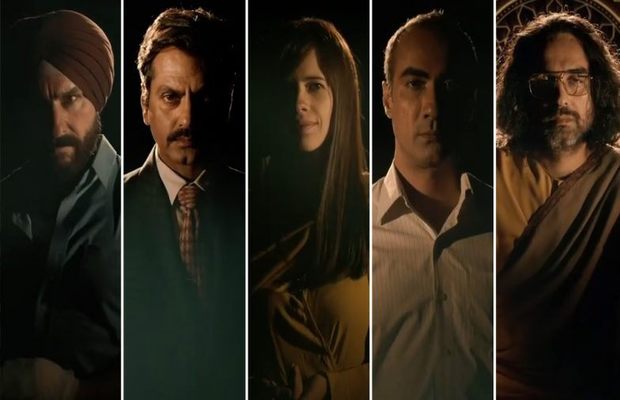 Sacred Games 2  makes way towards revealing the ‘asli baap’, Netflix teases fans with the teaser of the much-awaited second season.

The web series garnered praises for its dark and edgy content and became one of Netflix’s original most anticipated series.

It seems like the premiere date is going to be announced sooner than expected as reported earlier the release date has been postponed.

Netflix captioned the newly released trailer asking a question to the fans, “Iss khel ka asli baap kaun?”, meaning who is the real father of the game?

Reportedly the second season picks up from Sartaj Singh (Saif Ali Khan) pursuing his relentless battle of saving the city of Mumbai and Ganesh Gaitonde (Nawazuddin Siddiqui) facing off bigger challenges to retain his position of the kingpin of Mumbai.

Guruji aka Pankaj Tripathi who was not showcased much in the previous season will be reportedly playing a major role in the second season.

Let’s see what twists and turns take place with the new star cast joining in. According to a news source, the new season will also feature Sobhita Dhulipala.

The second season is helmed by Anurag Kashyap and Neeraj Ghaywan. Ghaywan has replaced Vikramaditya Motwane, who is continuing as the showrunner.