The polling for the top posts of the Upper House were held after the newly-elected members of the Senate took oath. 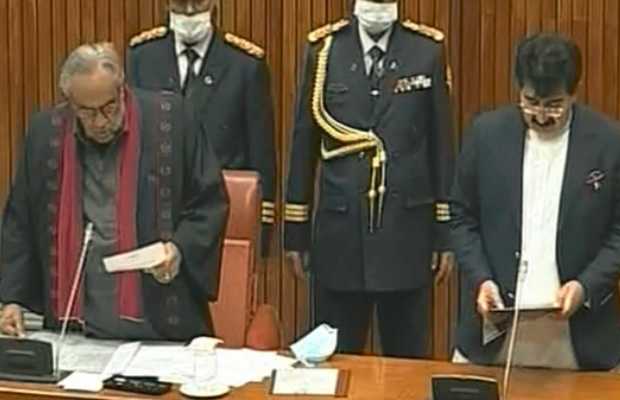 Sadiq Sanjrani has been re-elected as Senate Chairman on Friday.

As per the result of the polls:

Yousaf Raza Gillani: 42 Votes
Rejected: 7 Votes
As being reported one vote rejected, was cast in favour of both the candidates. 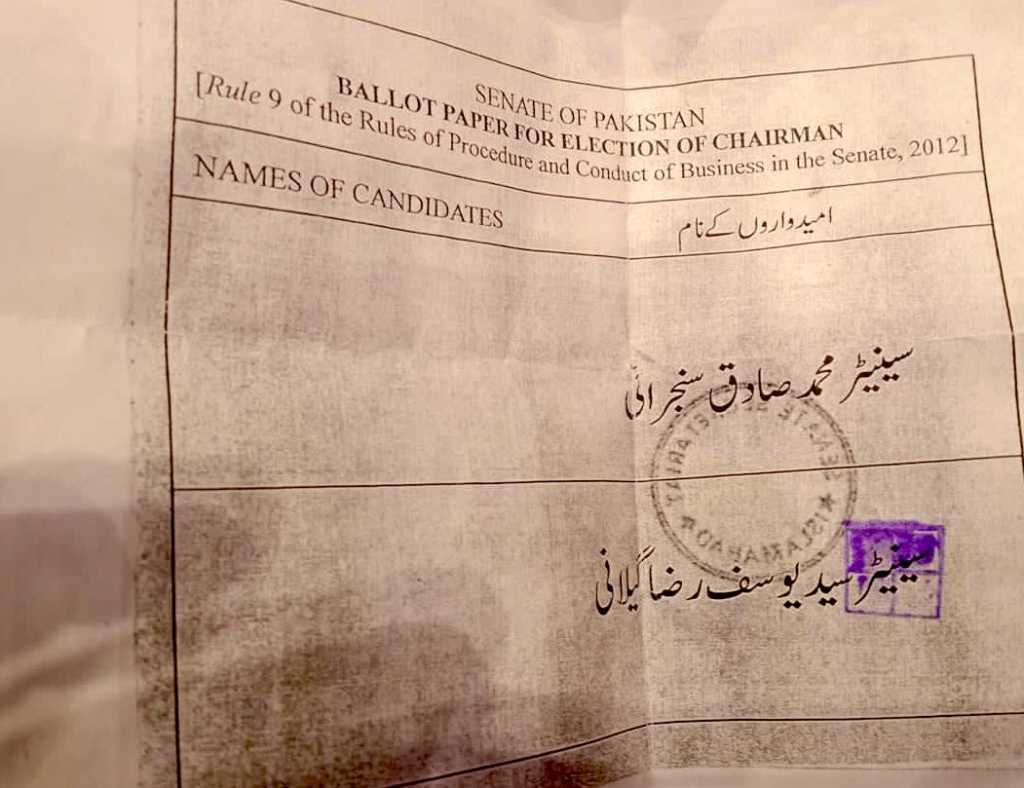 Hailing from Balochistan, Sanjarani was first elected to the post in March 2018, when he was backed by the joint opposition (including the PTI and the PPP among others), to become the first person from Balochistan to be elected to the coveted post.
Earlier in the day, the newly-elected members of the upper house had taken their oath of office shortly after the session began at 10 am.
However, the session was adjourned till 3 pm after the ruckus by opposition members over the discovery of Spy Cameras at the polling booth.
The polling for the Senate chairman’s election started at 3 pm, presided over by officials from the Senate Secretariat.
Meanwhile, Secretary Senate Qasim Samad has formed a parliamentary committee to investigate recovery of ‘spy cameras’ from the Senate hall ahead of polling for the chairman and deputy chairman top slots.
Earlier in the day the opposition members staged a protest in the upper house after two PPP lawmakers found spy cameras near the polling booth in Senate hall.
tweet
Share on FacebookShare on TwitterShare on PinterestShare on Reddit
Saman SiddiquiMarch 12, 2021
the authorSaman Siddiqui
Saman Siddiqui, A freelance journalist with a Master’s Degree in Mass Communication and MS in Peace and Conflict Studies. Associated with the media industry since 2006. Experience in various capacities including Program Host, Researcher, News Producer, Documentary Making, Voice Over, Content Writing Copy Editing, and Blogging, and currently associated with OyeYeah since 2018, working as an Editor.
All posts bySaman Siddiqui