The court issued its verdict after holding hearings for the case for nine months. 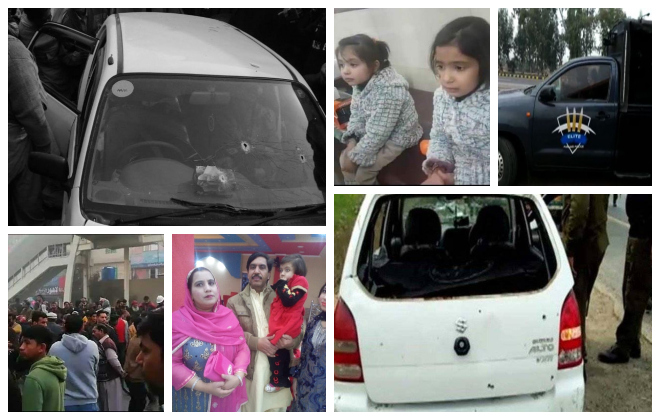 The anti-terrorism court in Lahore on Thursday has acquitted all suspects in the Sahiwal encounter case giving them the benefit of doubt.

The verdict was announced by the court after the suspects’ lawyers completed a cross-questioning of the testimonies of government witnesses. The court issued its verdict after holding hearings for the case for nine months.

The court dismissed the statements given by 49 witnesses including victim Zeeshan’s brother Ehtisham and children of Khalil. The witnesses refused to identify the suspects before the court.

Earlier this year on January 19, four people, including three of a family, were killed in an alleged shootout in Sahiwal, with the Counter-Terrorism Department (CTD) personnel claiming they had killed a local commander of militant organization Daesh and three others in the operation.

The accused CTD officials had shot four people dead, including a teenage girl and her parents. The officials had claimed that the victims were killed in an ‘encounter’, but their statement was called into question after two children, who were also present in the car at the time of the incident, told that the family, along with one of their neighbours, were going to attend a wedding.

Read More : Sahiwal Tragedy: Details of the vehicle used in the incident surfaced

tweet
Share on FacebookShare on TwitterShare on PinterestShare on Reddit
Saman SiddiquiOctober 24, 2019
the authorSaman Siddiqui
Saman Siddiqui, A freelance journalist with a Master’s Degree in Mass Communication and MS in Peace and Conflict Studies. Associated with the media industry since 2006. Experience in various capacities including Program Host, Researcher, News Producer, Documentary Making, Voice Over, Content Writing Copy Editing, and Blogging, and currently associated with OyeYeah since 2018, working as an Editor.
All posts bySaman Siddiqui