Sahiwal Tradegy: Details of the vehicle used in the incident surfaced 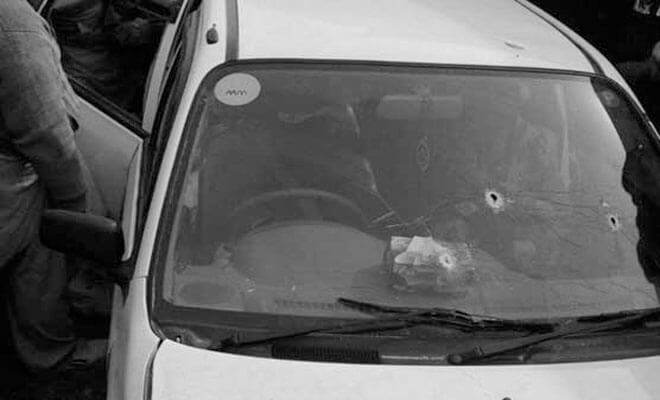 The brutal incident of Sahiwal sparked outrage of the nation demanding for the exemplary punishment for those found guilty.

The probe on the shady encounter found details of the vehicle used in the incident surfaced on Tuesday.

According to reports on media, the car was owned by a terrorist named Adeel Hafeez who was killed in Faisalabad during the operation of security forces.

However; the vehicle was under the use of Zeeshan who was killed in Counter Terrorism Department’s encounter in Sahiwal. He has been suspected of having links with Daesh.

A selfie of Zeeshan has also been recovered from his mobile phone with Usman, another terrorist killed in Faisalabad.

On the other hand, Chief Minister Punjab Usman Buzdar while removing top police officials has decided to prosecute the CTD officials under the anti-terror law.

Talking to media in Lahore on Tuesday, Punjab Law Minister said that the Sahiwal tragedy is a test case for the Punjab government, adding that the provincial government will fulfill all requirements for justice.

The provincial minister said that according to the initial report, the CTD officers were responsible for the killing in Sahiwal, adding that the JIT report found no link between Khalil family and terrorism.

Meanwhile, Zeeshan’s family held a protest demanding the government to take back accusation against the victim.

“The government should either take the accusation back or provide evidence that Zeeshan was a terrorist,” they said.

The protesters had blocked Main Ferozpur Road at Chungi Amar Sidhu from both the sides. Traffic jam caused a long queue of vehicles on the road.