Born on August 10, 1984, Saima in her early years was diagnosed with retinitis pigmentosa - an incurable eye disease that made her blind at the age of 13. 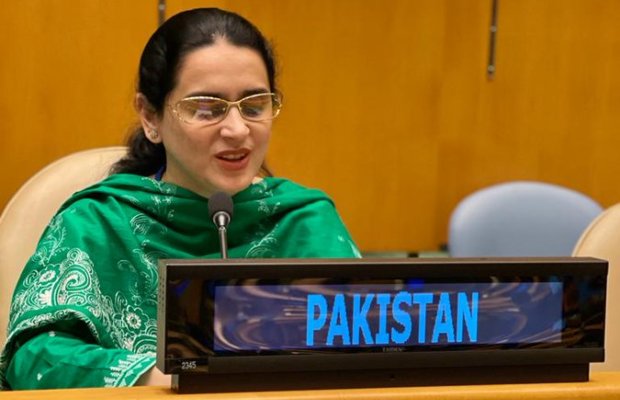 Saima Saleem, Pakistan’s first visually-impaired UN delegate, is being praised for her fiery speech at UNGA!

On Saturday, Saima Saleem, the first differently-abled female Pakistani diplomat made every citizen proud by giving a befitting response to India at the 76th United Nations General Assembly (UNGA).

Saima Saleem stated that it is India that endorses terrorism in the occupied territory of Kashmir in a response to an Indian diplomat’s allegations against Pakistan.

This was the first time a speech was read by 🇵🇰 by Counselor Ms. Saima Saleem in braille at the GA debate.
Pride of Pakistan 🇵🇰 🇺🇳 #Kashmir #RoR @ForeignOfficePk @ImranKhanPTI @GovtofPakistan pic.twitter.com/NkqfWWgLWA

She received praises from all over the world for her courage and for using braille for the first time at the UNGA and for becoming a civil servant despite all the challenges she faced.

While I disagree with the substance of the statement I have great admiration for the confidence with which she read out the statement in Braille. She would be a great inspiration for the visually impaired. Appreciate the challenges she had to overcome to be in Civil Service.

Proud of our brilliant diplomat Saima Saleem for her outstanding response at #UNGA .Women of Pakistan making us all very proud as they are breaking barriers & setting new standards of excellence! https://t.co/Ly9zJrifex

2. Saima Saleem:- While I don't support her speech, I never knew that she was reading the braille text. Must say it takes courage #womeninun pic.twitter.com/O6HLGhraAo