The family has rejected the previous postmortem report 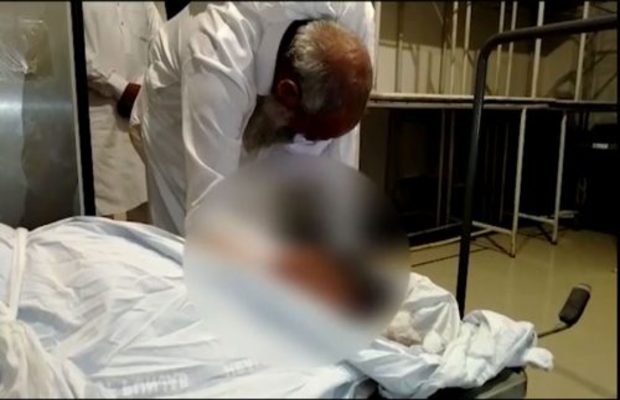 Salahuddin Ayyubi, a differently-abled alleged ATM thief, who died in Rahim Yar Khan’s police custody has once again sparked debate on police brutality and extrajudicial killings by the police officials.

In the latest development on the case, the family of the deceased has rejected the postmortem report produced by government doctors and has requested for a fresh autopsy report to be carried out. The postmortem report indicated the cause of death as sudden cardiac arrest.

A complaint about Salahuddin’s murder, under police custody, has been lodged against SHO Mahmoodul Hassan and two investigation officers Sub-Inspector Shafaat Ali and Assistant Sub-Inspector Matloob Hussain. Senior civil judge Shaikh Fayaz Hussain is presiding the case and has so far once called Salahuddin’s father along with the nominated culprits.

Read More : Usman Durrani Drowned Along With Our Hopes from the System!

Mute and special individual, Salahuddin was apprehended by Rahim Yar Khan police earlier after his video of sticking out tongue to ATM cameras surfaced on social media. It was a day after the alleged thief was arrested that he died in police custody. It is widely suspected that Salahuddin’s cause of death is police torture.