The shoot was clashing with Priyanka's sudden wedding plans. The actress quit the film 5 days prior to the shoot. 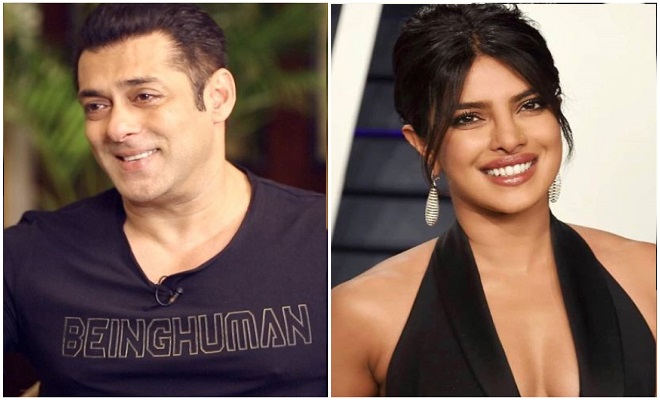 One of the most anticipated movies of 2019 ‘Bharat’ will be released globally on June 5, 2019. The movie stars Salman Khan alongside Katrina Kaif, Jackie Sharoff, Disha Patni and Tabu.

Prior to the shoot in April 2018, the previous lead actress Priyanka Chopra is said to have exited the project due to her wedding with the Hollywood singer Nick Jonas. Priyanka was extremely eager for the upcoming project until Jonas proposed her and the wedding festives were clashing with the scheduled dates for the shoot of Bharat.

Salman Khan, the lead actor for this movie, has been bashing the 36-year old actress on every chance he gets, terming her exit from the movie as embarrassing.

“After all this, the ‘Nick story’ happened, the embarrassing thing happened and she chose to get married,” he said in an interview.

It is reported that PeeCee called the director 5 days before the shoot was to start and walked out of the awaited project. After Chopra’s exit, director Ali Zafar casted Katrina Kaif instead, whom he previously deemed to be not “hindustani” enough for the character.

Whilst several fans called out Salman Khan for his actions, his Bharat co-star quickly sided with him.

“You have to take everything that Salman (Khan) says with a big bucket of salt. I think we all know that by now. He just says it for effect, he does not mean it. Sometimes, in interviews, I am biting my tongue like 5 times in a day, but it’s all in good fun. I don’t take it seriously,” said Katrina.

The director Ali Abbas Zafar also kept a neautral stance regarding the events that took place and in an interview his response was fast and simple, “See Priyanka is a very close friend of mine. We have talked about it, we have had a laugh about it. And I, personally think you know, if anyone knows SK (Salman Khan), this is his tongue-and-cheek humour. What he is doing to Priyanka that happens to me on set everyday,” he said.