Salman Khan Has A Response to Vivek Oberoi’s Controversial Tweet 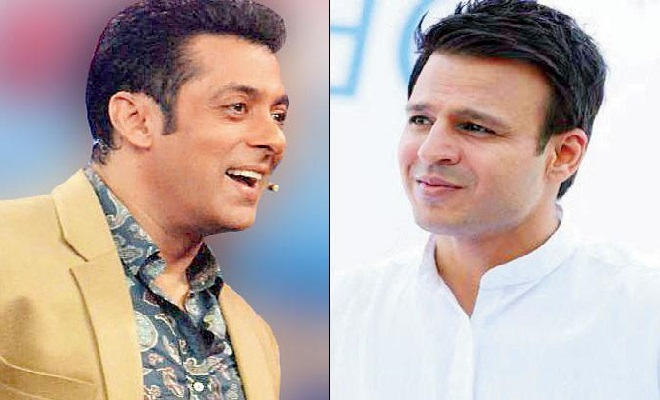 The tweet was disliked and called out by several members in the industry and caused a huge controversy on social media. Vivek later took it off after receiving a notice from the ‘National Commission of Women’.

Soon after the meme was posted, co star Sonam Kapoor sided with her Cannes partner Aishwarya.

“Disgusting and Classless,” the 33-year old actress tweeted. Oberoi also dismissed her as an ‘over actor’ and an ‘over reactor’.

The other people who got featured in the meme gave away no reaction until Salman Khan was questioned about it in a recent interview, to which he responded indifferently.

“I don’t know about it. I haven’t seen it.” Though nobody believed it, considering how active Salman is on twitter.

Aishwarya and her husband also refrained from reacting to the tweet and that’s pretty much expected and understandable. However, it was reported that the uprising controversy did upset and disturbed the actress.