As per police, Sami Ibrahim has not received any Injury and no firing took place. 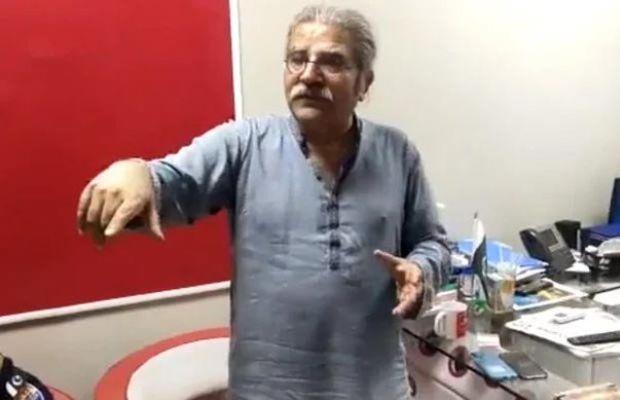 Journalist Sami Ibrahim was assaulted by unknown individuals outside the Bol News office in Islamabad on Saturday night.

As reported, a transgender was standing outside of his office and asked for money from Sami Ibrahim. Suddenly, the transgender grabbed his hand and abused him. Two other individuals were accompanying a transgender who tried to physically assault the anchorperson.

As soon as office staff Sami Ibrahim intervened and the attackers managed to escape.

As per police, Sami Ibrahim has not received any injury and no firing took place.

The Police are further investigating the matter.

Meanwhile, the CCTV footage of the incident is now doing rounds on social media.

While condemnation and reactions to last night’s attack on Sami Ibrahim continue to pour in on social media.

ATTACK ON SAMI IBRAHIM: It is becoming a pattern and those doing it are not stopping. They dont realise they can do it now but will regret tomorrow or next day. As Zardari said "You will retire and Look at those who did this few years ago and have now vanished." Stay strong Sami.

Master planners of the attack on journalist, Sami Ibrahim, have also demonstrated that they have no respect for the sanctity of religious festival of Eid al Azha, a violation of "Abrahamic Code of Honour" – shows how their minds & morals have degenerated! https://t.co/BnmO09EXuu