The boy expressed his dismay over the performance of government 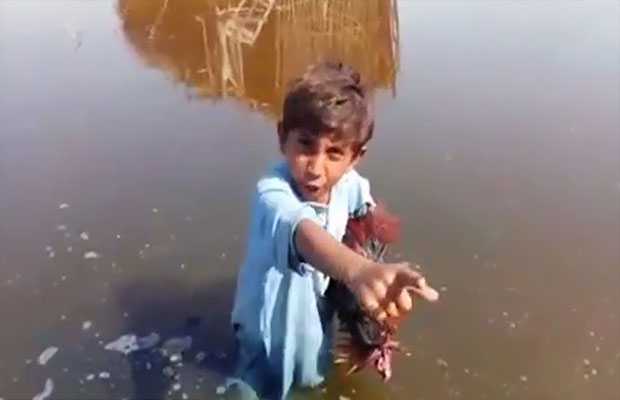 A video of an eight-year-old boy has been doing round on internet appealing Pakistan People’s Party (PPP) Chairman Bilawal Bhutto Zardari to pay some heed to the flood-striken village, Sanghar.

According to the details, the boy in the viral video asked PPP’s chairman to remove stormwater from Sanghar as his rooster died after drinking contaminated water.

The boy in the video criticised both the ruling provincial and federal governments while showing his dismay.

“The old Pakistan was better for us,” the boy can be heard saying in the video.

While holding his dead rooster in the flood water, the boy fulminated that if the contaminated water is not removed from his village, his family and other people of the village might die after drinking the same poisonous water, just like his dead rooster.

Following the recent floods in parts of Sindh, dozens of villages in Sanghar has remained inundated destroying crops and other possessions.

The residents of the village have little access to relief material provided by the government including potable water.