Hundreds of fans of former captain Sarfaraz Ahmed on Sunday took to the street outside his residence in Karachi’s Buffer Zone area to throw a protest against Pakistan’s Cricket Board’s (PCB) decision to sack him from captaincy in all three formats. 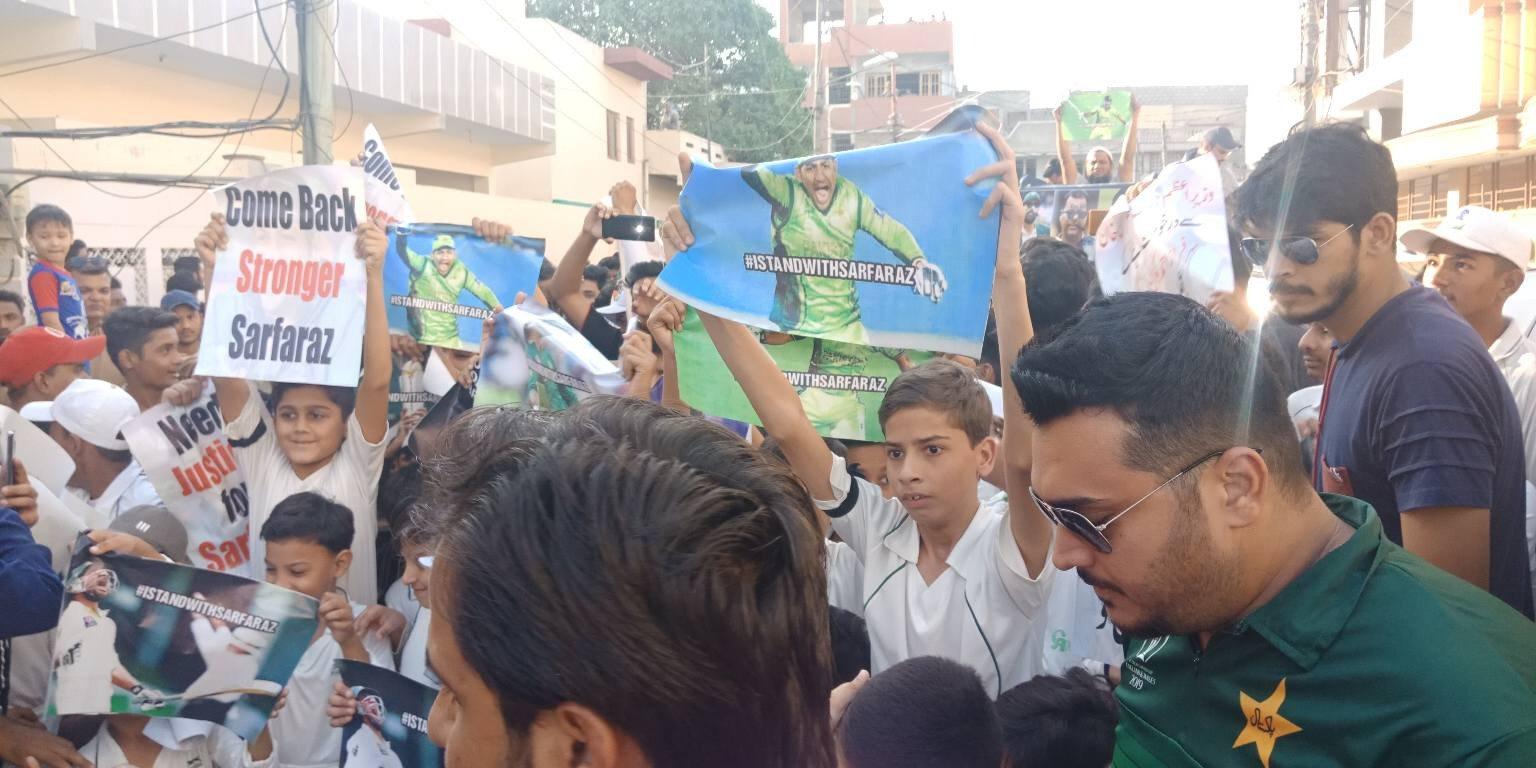 The cricket lovers called out PCB and asked the reason behind removing him citing his achievements which he had done for the sake of the national cricket team.

“Disappointed on the decision of PCB to sack the most successful T20 captain who took Pakistan team from nowhere to number one position, adding that “Prime Minister Imran Khan should immediately intervene and reinstate Sarfaraz Ahmed with utmost dignity which a hero deserves,” a fan said. 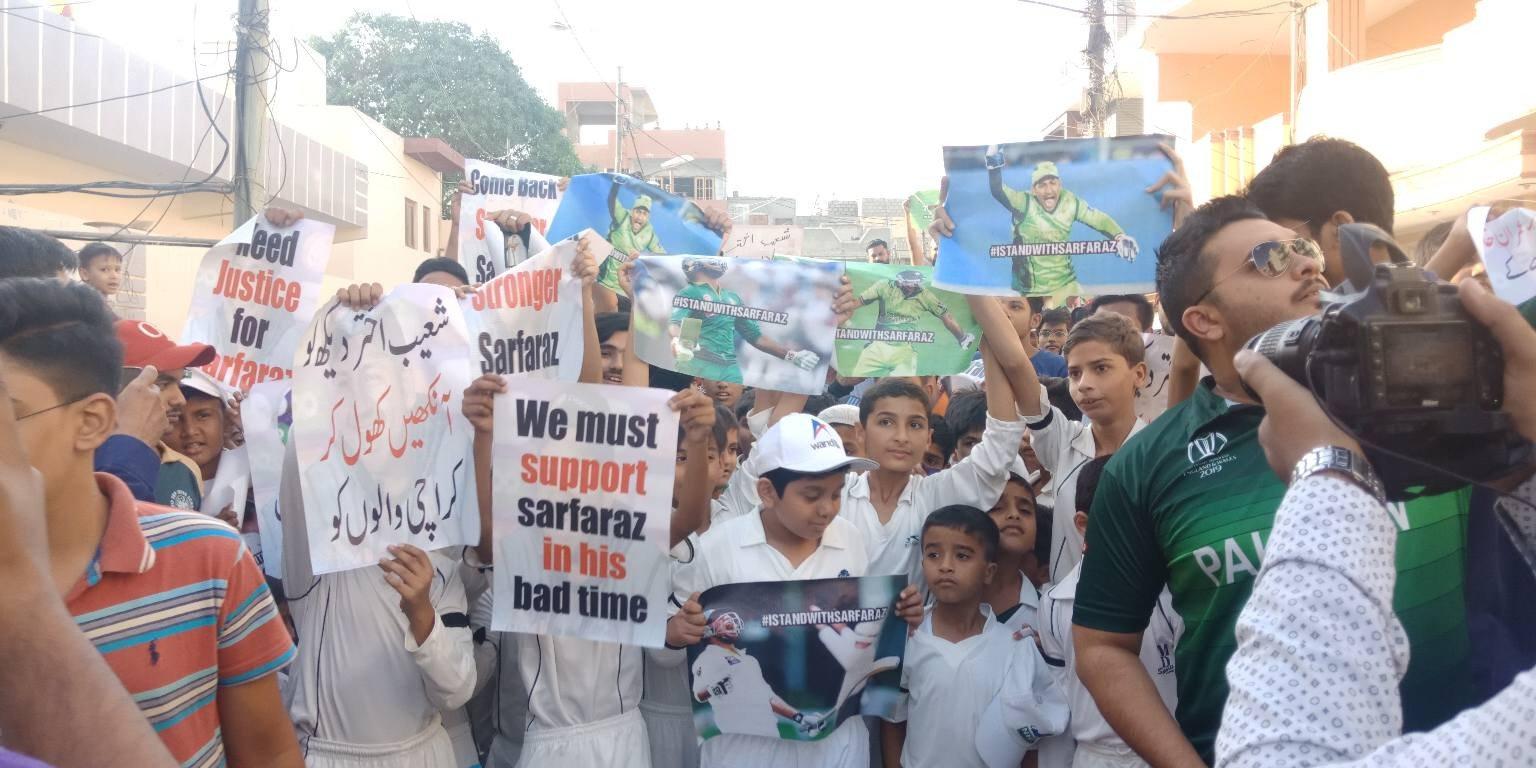 Another fan questioned, “Replacing Sarfaraz in tests would have been understandable but removing him from T20I leadership was beyond logic. Pakistan became the number one team in T20Is. How can you sack the captain on the basis of just one bad series?” 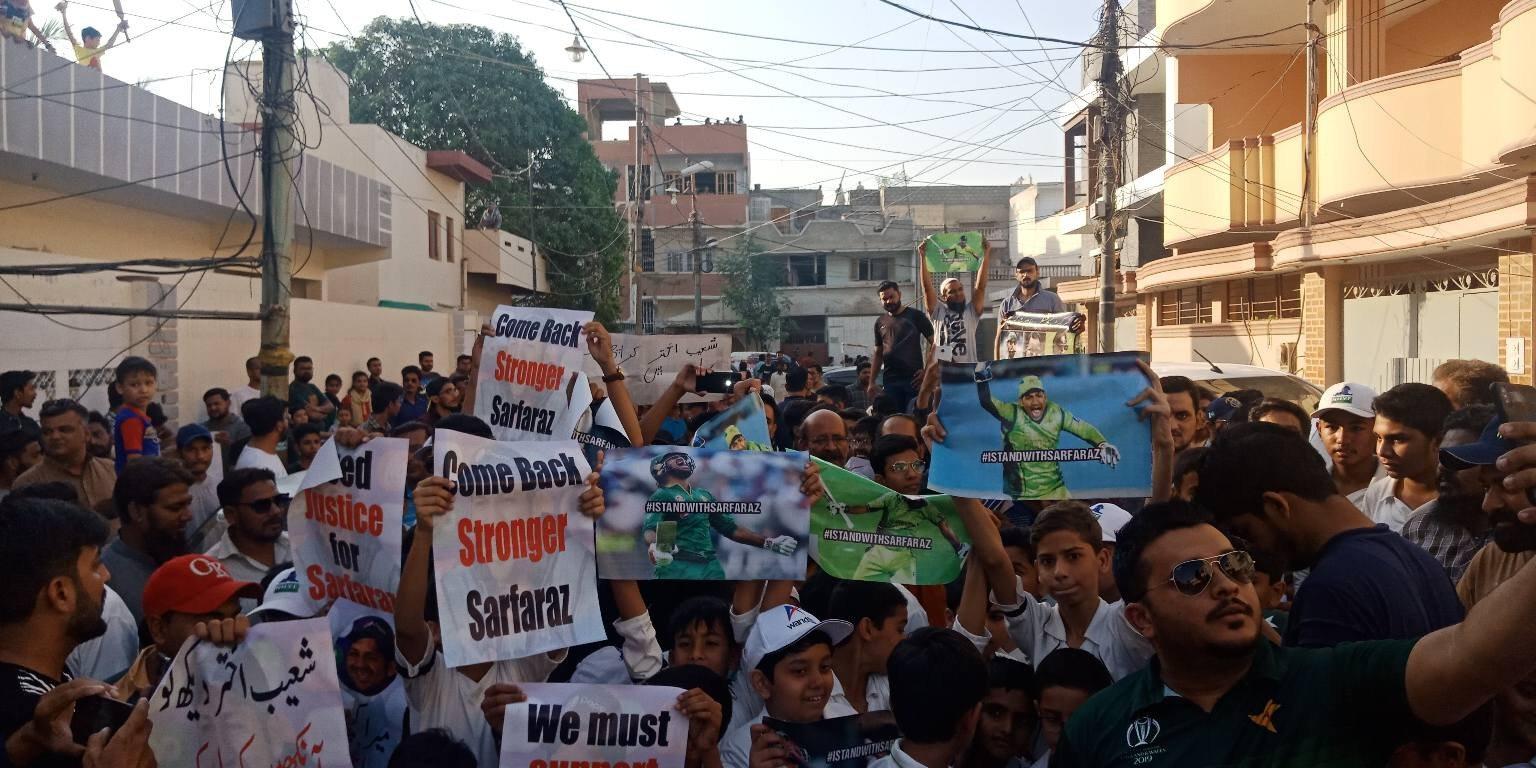 Some of the fans said the merit has been overlooked and they linked the PCB’s decision with racial discrimination. The fans also condemned former fast bowler Shoaib Akhtar for calling the people of Karachi as ‘Coward’.

“If you talk about performances, what are the performances of other players? What have Fakhar Zaman, Hassan Ali and Shadab Khan done in the last few months? Why nothing [was done] against them”.

The controversy also mobilizes strong supporters and sparked protest on Twitter as #WeStandWithSarfaraz and #JusticeForSarfaraz was trending on the micro-blogging website.

Dropping Sarfaraz Ahmed is not matter but the way dropped him it's matter. He is really out of form but there are list of players who didn't perform & PCB considering them. Did you check last 1 year performance of Faheem, shadab, imad, wahab, fakhar, Malik, shadab, Shan, Hasan

Thank you Sarfaraz Ahmed.
No matter what these racists pigs think about you, the reality is that you are the most successful captain of Pakistan cricketing history. Hats [email protected]_54 pic.twitter.com/rNVqQVJjtM

Sarfaraz Ahmad Former Captain of Pakistan Cricket team, You have done your job at the best and will be remember Long for Winning Champions Trophy…Good luck in future..

I don't know why PCB decided to remove Sarfaraz Ahmed as captain from all three formats, but the nation will always remember his services to the Pakistan cricket team.

Thank you for maintaining the old same tradition Pakistan cricket is famous for. This is not a new story. Same thing happened in the past by ruining great players and their careers starting from Qasim umer, asim kamal , basit ali and many more and now Sarfaraz is another victim.

Earlier, On Saturday, the chairman of Pak Sarzameen Party (PSP) Mustafa Kamal strongly objected to the PCB’s decision of removing  Sarfaraz Ahmad from the capacity of all formats.

“As long as we make decisions on the basis of personal likes and dislikes, instead of performance and merit, no progress can take place in any profession/department of the country, including the cricket,” he said.

“Sarfaraz Ahmad had earned respect for Pakistan in the world with his outstanding batting and captaincy in recent years,” Kamal added.

It is pertinent to mention here that the Pakistan Cricket Board sacked Sarfaraz Ahmed from all formats on Friday. Azhar Ali has been appointed a captain for Test Championship matches in the 2019-20 and Babar Azam has been named the captain of the national T20I team till the upcoming T20 World Cup in Australia.