The drone strikes on plants expected to send oil prices upto $5-10 per barrel. 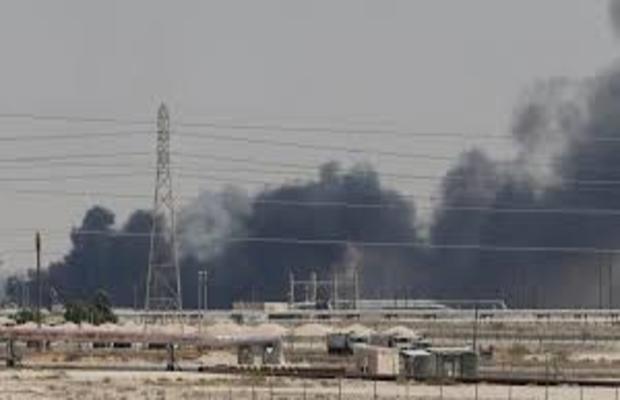 On Sunday, Saudi Arabia raced to restart operations at the two oil plants after getting hit by drone attacks, which slashed Saudi crude production by half.

The full extent of the damage has not been shared with the world, according to the news sources the reporters were kept away from the plants amid beefed-up security.

To be noted, the Kingdom of Saudi Arabia is the world’s top oil exporter, that ships more than 7 million barrels of oil to global destinations every day.

Yemen’s Houthi group claimed responsibility for Saturday’s attacks that knocked out more than half of Saudi oil output or more than 5 percent of global supply.

The recent strikes have made Saudi stocks plunged 2.3 percent as the market opened on Sunday. The index has lost all its gains this year and was down about 18pc from its 2019 high of 9,403 points seen in early May. 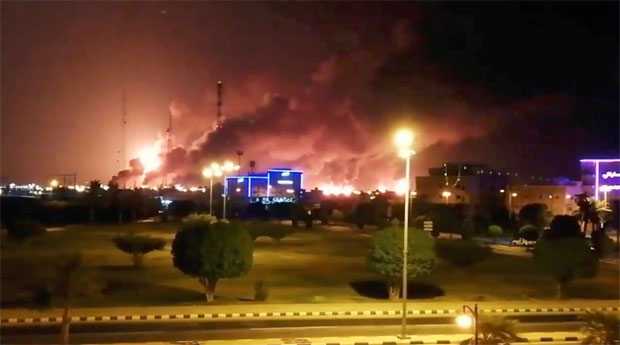 State oil giant Saudi Aramco said the attack cut output by 5.7 million barrels per day, at a time when Aramco is trying to ready itself for what is expected to be the world’s largest share sale.

Aramco gave no timeline for output resumption but said early on Sunday it would give a progress update in around 48 hours. A source close to the matter told Reuters the return to full oil capacity could take “weeks, not days”.

However, the US Secretary of State Mike Pompeo alleged that the assault was the work of Iran, a Houthi ally. He said that there was no evidence the “unprecedented attack on the world´s energy supply” was launched from Yemen.

“The United States will work with our partners and allies to ensure that energy markets remain well supplied and Iran is held accountable for its aggression,” the top US diplomat added.

Iran has dismissed accusations by the United States that it was behind attacks on Saudi oil plants that risk disrupting global energy supplies and warned on Sunday that US bases and aircraft carriers in the region were in the range of its missiles.

Irani President Hassan Rouhani has accused Washington of diverting blame for the war in Yemen, where US ally Saudi Arabia leads a military coalition that has regularly carried out airstrikes.

“Today, witness that innocents die every day in Yemen … Americans, instead of blaming themselves — and confessing that their presence in the region is creating problems — blame the region’s countries or Yemen’s people,” Rouhani said.

The drone strikes on plants in the heartland of Saudi Arabia’s oil industry, as well as the world’s biggest petroleum processing facility, expected to send oil prices up to $5-10 per barrel on Monday as tensions rise in the Middle East.

The attacks come at a bad time for Saudi Arabia, as being reported that the Kingdom is preparing for the listing of oil giant Saudi Aramco on the Tadawul bourse in Riyadh later this year.

tweet
Share on FacebookShare on TwitterShare on PinterestShare on Reddit
Saman SiddiquiSeptember 16, 2019
the authorSaman Siddiqui
Saman Siddiqui, A freelance journalist with a Master’s Degree in Mass Communication and MS in Peace and Conflict Studies. Associated with the media industry since 2006. Experience in various capacities including Program Host, Researcher, News Producer, Documentary Making, Voice Over, Content Writing Copy Editing, and Blogging, and currently associated with OyeYeah since 2018, working as an Editor.
All posts bySaman Siddiqui