Natalya and Lacey Evans will face off in the pay-per-view event. 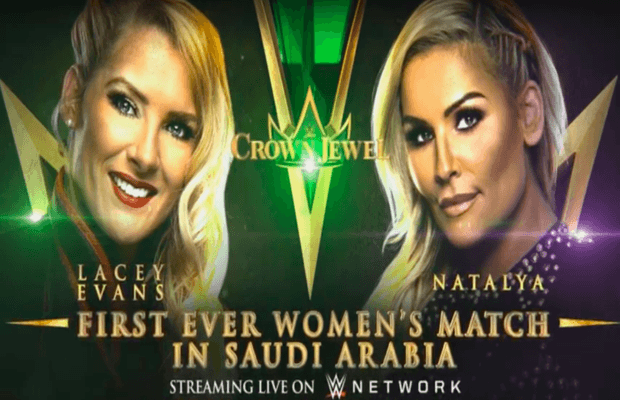 Saudi Arabia is all set to stage the first-ever women´s wrestling match that is going to be held on Thursday.

The history-making clash will see up-and-comer Lacey Evans, a veteran of the United States Marines, take on WWE veteran Natalya.

It is going to be the latest unlikely event staged in the kingdom as it attempts to shrug off an ultra-conservative image of the kingdom.

According to the World Wrestling Entertainment Inc. (WWE), its “superstars” Natalya and Lacey Evans will face off in the pay-per-view event which will also feature former boxing champion Tyson Fury as he takes on Braun Strowman.

WWE has shared a few details in a press release, saying: “WWE has announced at the press conference at King Fahd International Stadium in Riyadh that the first-ever WWE women’s match in Saudi Arabia will take place tomorrow, October 31 as part of Riyadh Season, which includes more than 100 events over a two-month span featuring world-class entertainment and sports properties.”

However, WWE has come under fire in recent years for its lucrative Vision 2030 deal with the Kingdom of Saudi Arabia estimated to be worth upwards of $80 million per year.

The bout at King Fahd Stadium is going to be certainly an odd scene, for a country holding a WWE women’s wrestling match, where women are generally obliged to wear “abayas” the black cloak.