KSA had suspended all international flights and also closed land and seaports amid new COVID-19 strain on December 21. 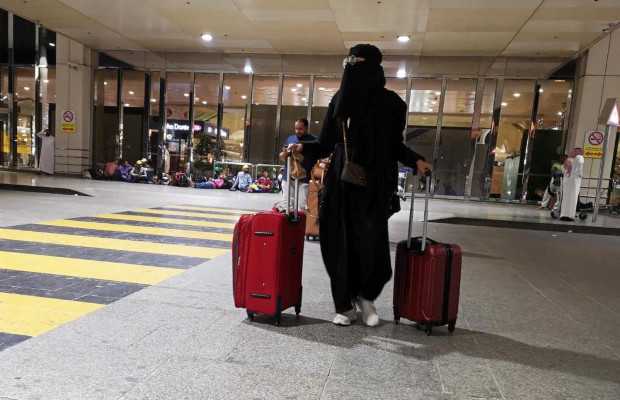 Saudi Arabia has extended a ban on entry to the Kingdom by air, land, and sea for another week, on Monday.

The Ministry of Interior in a statement said the decision was a precautionary measure against the spread of the new variant of COVID-19, which had been detected in several countries.

Exceptional cases would be exempted from the entry ban, and non-Saudi citizens are allowed to leave the Kingdom, the statement added.

Furthermore, the ministry is assessing the current situation, and suspension of travel could be further extended, if necessary.

Saudi Arabia had suspended all international flights and also closed land and seaports amid the new COVID-19 strain on December 21.

The new strain of the virus emerged earlier this month in Britain and has reached several countries around the world, including the Middle East.

Owing to the travel restrictions, Pakistan International Airlines (PIA) had also halted all its flights scheduled to Saudi Arabia since Dec 21.

According to the PIA spokesman Abdullah Khan, all affected passengers would be accommodated at the earliest upon flight restoration.

However, PIA has resumed commercial flights to Saudi Arabia on Monday to bring back stranded Pakistanis after Saudi Arabia’s General Authority of Civil Aviation allowed non-Saudis to leave the kingdom and permitted foreign airlines to operate flights.

tweet
Share on FacebookShare on TwitterShare on PinterestShare on Reddit
Saman SiddiquiDecember 28, 2020
the authorSaman Siddiqui
Saman Siddiqui, A freelance journalist with a Master’s Degree in Mass Communication and MS in Peace and Conflict Studies. Associated with the media industry since 2006. Experience in various capacities including Program Host, Researcher, News Producer, Documentary Making, Voice Over, Content Writing Copy Editing, and Blogging, and currently associated with OyeYeah since 2018, working as an Editor.
All posts bySaman Siddiqui