Waves of change have swept far and wide across the Kingdom of Saudi Arabia. It was last year when females were granted permission to drive vehicles in the kingdom in its history for the first time.

And the latest we get to hear is that Saudi Arabia gets its first ever female commercial pilot. 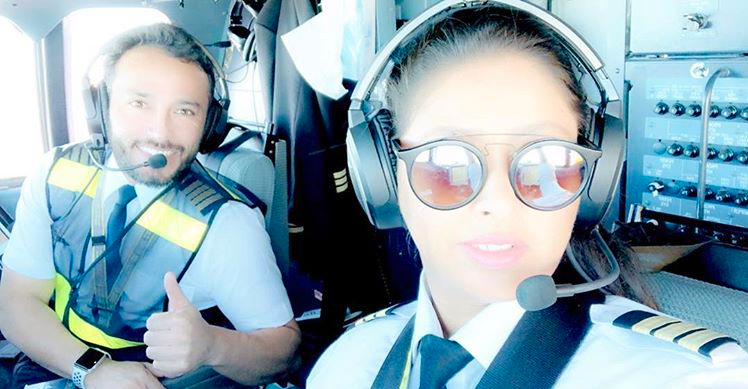 Yasmeen Al-Maimani has become the first Saudi female pilot in commercial airlines, after obtaining her aviation license from the Saudi Civil Aviation Authority in six years.

Reportedly, she exchanged her American license with a Saudi one in 2013. She had completed 300 hours of flying practice in the United States after getting her qualifications in Jordan

Yasmin expressed her happiness and excitement by sharing her selfie in the cockpit, saying, “Thank God, I achieved my dream today. Released as First Officer”.

In a short period of one year, Saudi women have entered the Saudi aviation sector in various departments which include customer service, air traffic control, air transport, termination of travel procedures, and in administrative posts. And now Al-Maimani appointment as the commercial pilot has paved a new the way for Saudi women.