He had on record admitted to drugging and killing his sister when he was presented before the court. 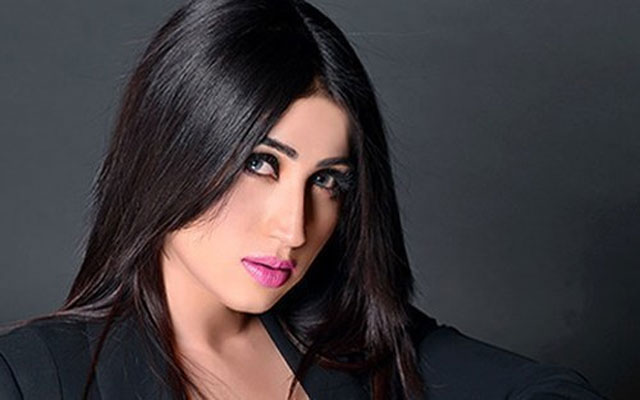 Saudi Arabia extradited slain model Qandeel Baloch’s brother— who was the  absconded in her murder—back to Pakistan, Saudi media reported on Thursday.

According to Saudi media, Interpol cell in the KSA had arrested Muzaffar Iqbal, Qandeel’s brother, on Wednesday as part of their job to tackle international crime.

He had on record admitted to drugging and killing his sister when he was presented before the court.

The arrest was made on the Pakistani government’s request to Saudi Arabia in 2016 as Iqbal was residing in the Kingdom at the time. Iqbal has been accused of helping and supporting in Qandeel’s murder.

In 2016, Qandeel’s brother, Waseem, had strangled Qandeel to death at her residence in Punjab, following which her father, Muhammad Azeem Baloch, had lodged a murder case against his son, accomplice Haq Nawaz, and various others.

Related to the murder case, an affidavit submitted by the parents in 2016 had also named two of other sons, Aslam Shaheen and Arif.

Last year in October, another absconding suspect and brother, Arif, was caught with the help of Interpol from Saudi Arabia and later extradited to Multan.

Before that, in September, a model court had sentenced the slain model’s brother, Waseem Khan, to life in prison for murdering his sister. He had on record admitted the crime in court.

Six — including Mufti Abdul Qavi as well as Qandeel’s other two brothers, Aslam Shaheen and Arif — were acquitted in the case.

On August 22, the court had rejected the August 21 appeal of late model’s parents to acquit their sons as they had forgiven them. Prior to that, however, her parents had refused to pardon their sons and had called for capital punishment in the case.