Saudi Arabia has not issued Haj quota for Pakistan yet

the ministry would announce Haj Policy on receiving Haj quota from the Saudi government. 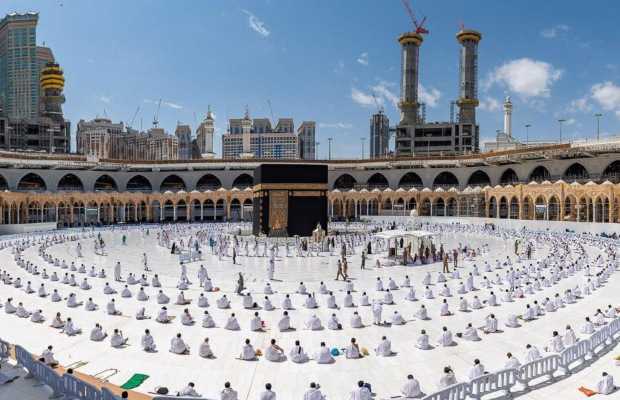 Saudi Arabia has not issued a Haj quota yet for Pakistan.

Keeping in view, the Ministry of Religious Affairs and Interfaith Harmony has asked the intending pilgrims not to book their slot for the upcoming Haj pilgrimage before the announcement of the Haj Policy.

The ministry would announce the Haj Policy for the year 2021 on receiving the Haj quota from the Saudi government.

Intending pilgrims are advised to remain cautious and wait for the Haj policy announcement as such booking shall be treated illegal.

A spokesman for the ministry in a statement said that some machiavellian elements could inflict pecuniary losses to the intending pilgrims by wrongly promising them the share from the Haj quota, which has not been announced yet. The Saudi government is yet to announce the Haj quota for any country for the upcoming Haj pilgrimage.

Earlier this week, the Foreign Office said that it had taken up with the Saudi government the issue of the kingdom denying entry to Pakistani Hajj pilgrims, who were vaccinated against Covid-19 with Chinese jabs.

The Pakistani authorities requested the Saudi health ministry to recognize the Chinese vaccines as they had also been approved by the World Health Organisation as well.