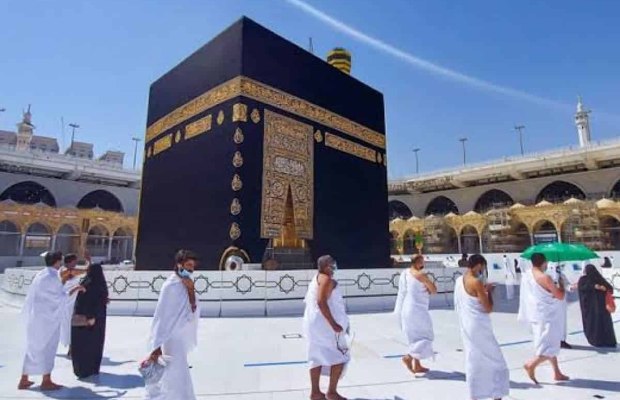 Earlier the Saudi Ministry of Hajj and Umrah had limited permits for performing Umrah for the overseas pilgrims to those aged from 18 to 50 years.

According to the local news agency, the ministry had scrapped this age limit, allowing Umrah permits for pilgrims coming from abroad for those over 50 years as well.

Under the new regulations, the elderly foreign pilgrims can come to perform Umrah in line with the precautionary measures and preventive protocols to stem the spread of coronavirus.

However, as per the new rule announcement, overseas Muslims under 18 are still not allowed to perform Umrah.

Meanwhile, people aged 12 and above residing inside Saudi Arabia are able to obtain permits to perform Umrah provided they are fully vaccinated against COVID-19.

Before travel, overseas pilgrims are also required to be fully inoculated against COVID-19 with vaccines recognised in Saudi Arabia and to present an officially endorsed vaccination certificate to obtain an electronic entry visa via a platform of the Saudi Foreign Ministry,

The Ministry of Hajj and Umrah has recently launched a service enabling overseas Umrah pilgrims to obtain permits for performing the rituals in the Grand Mosque in Mecca ( Baitullah) and for praying at the Prophet’s Mosque, Masjid e Nabvi PBUH in Medina through the health apps Eatmarna and Tawakkalna after registering in the platform Qudum in an effort to facilitate procedures for them.

tweet
Share on FacebookShare on TwitterShare on PinterestShare on Reddit
Saman SiddiquiNovember 28, 2021
the authorSaman Siddiqui
Saman Siddiqui, A freelance journalist with a Master’s Degree in Mass Communication and MS in Peace and Conflict Studies. Associated with the media industry since 2006. Experience in various capacities including Program Host, Researcher, News Producer, Documentary Making, Voice Over, Content Writing Copy Editing, and Blogging, and currently associated with OyeYeah since 2018, working as an Editor.
All posts bySaman Siddiqui