Khashoggi, who was a prominent critic of the Saudi government, killed inside the kingdom's consulate in the Turkish city of Istanbul by a team of Saudi agents. 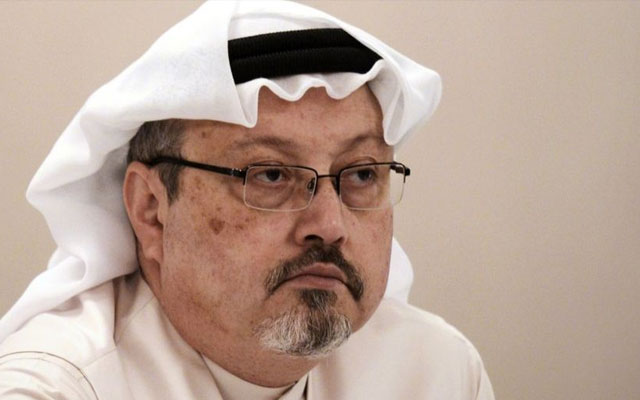 A court in Saudi Arabia on Monday sentenced five people to death and jailed three others for the killing of journalist Jamal Khashoggi last year.

Khashoggi, who was a prominent critic of the Saudi government, killed inside the kingdom’s consulate in the Turkish city of Istanbul by a team of Saudi agents.

Saudi Arabia denied that Crown Prince Mohammed bin Salman had any knowledge or involvement in the assassination, the CIA concluded last year that he gave the order.

Saudi Deputy Public Prosecutor Shaalan al-Shaalan announced in a televised press conference on Monday that “there was no evidence found against Saud al-Qahtani”.

The US Treasury sanctioned Al-Qahtani and al-Otaibi last year for their alleged involvement in the killing.

Both of the suspects al-Qahtani and al-Assiri were part of Crown Prince Mohammed bin Salman’s inner circle and were relieved of their duties in the immediate aftermath of Khashoggi’s killing in October 2018.

Saudi Deputy Public Prosecutor said, “Saud al-Qahtani was questioned by the public prosecution and was not charged because there was no evidence found against him”.

While reading preliminary rulings for 11 people who have been investigated by Saudi Arabia, Al-Shaalan said five others who took part in the murder had been sentenced to death and another three people face a total of 24 years in prison for covering up the killing and violating regulations. Saudi Deputy Public Prosecutor did not reveal any of their names.

Khashoggi was a Washington Post’s columnist and royal insider-turned-critic. He was last seen entering the Saudi consulate in Istanbul on October 2, 2018.

He had expected to collect documents for his upcoming wedding but was instead murdered and allegedly cut into pieces in the building. His remains are yet to be found.