Videos and images of the king receiving vaccination have been released by the state’s official media. 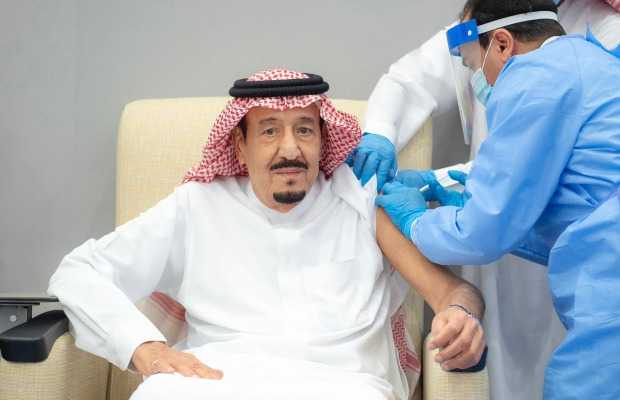 The 85-year-old Saudi Monarch and the Custodian of the Two Holy Mosques received the first shot on Thursday in the futuristic Red Sea city of Neom, according to the state news agency.

Videos and images of the king receiving vaccination have been released by the state’s official media.

King Salman has received the vaccine more than three weeks after the kingdom kicked-off a three-phage inoculation program and two weeks after his son, Crown Prince Mohammed Bin Salman also the KSA’s deputy premier and minister of defense received his first shot.

Saudi Arabia started the largest vaccination campaign against COVID-19 on December 17, 2020, after receiving its first shipment of the Pfizer-BioNtech vaccine.