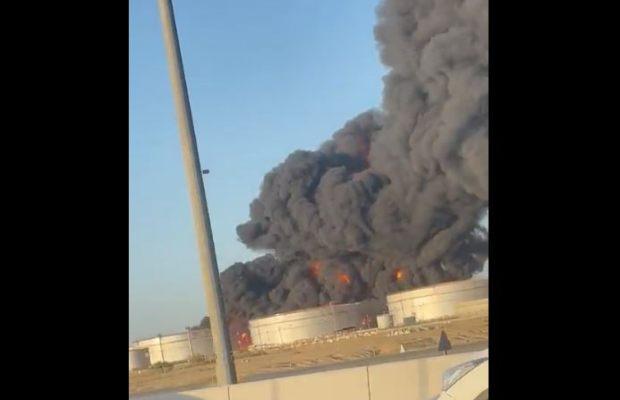 Saudi Aramco’s Jeddah oil facility has been hit by a Houthi missile on Friday.

Reportedly, Saudi Arabia and state-run Saudi Aramco did not immediately acknowledge the blaze.

It appeared to be centered on the same fuel depot that the Houthis attacked in recent days.

Videos from the spot circulating on social media showed a raging fire and large smoke clouds near the Formula 1 track.

He said that the group attacked Aramco’s facilities with missiles and the Ras Tanura and Rabigh refineries with drones.

A number of video clips are circulating on social media showing the said facility in Jeddah on fire.

This facility is just few kilometres away from the site of F1 race that is scheduled for 27th March. pic.twitter.com/bUnHPyU09H

The Kingdom of Saudi Arabia has suffered a series of attacks from missiles and drones allegedly fired by Yemeni Houthi missiles.