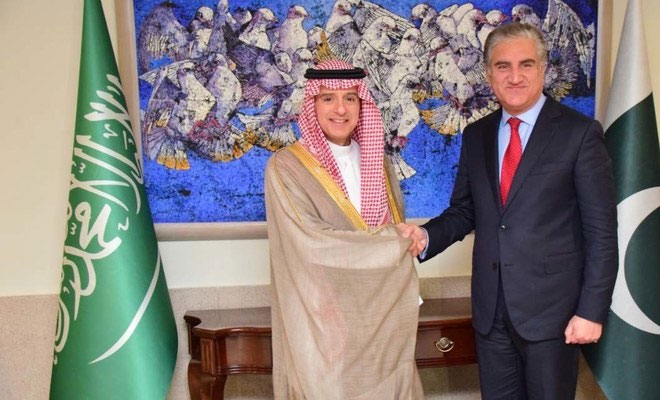 Saudi Foreign Minister Adel al Jubeir arrived in Pakistan for a day-long official visit on Thursday. The official visit of Saudi minister meant to hold a meeting with his Pakistani counterpart Shah Mehmood Qureshi to discuss comprehensively on the Pakistan-India tension.

Saudi Minister for foreign affairs will also hold a meeting with Prime Minister Imran Khan, Chief of Army Staff General Qamar Javed Bajwa and other dignitaries during the day-long visit.

Adel al Jubeir is visiting Pakistan on the directives of Saudi Crown Prince Mohammed Bin Salman to discuss the on-going Pakistan-India situation. He was scheduled to visit Islamabad on 1 March but due to the escalating tensions between the neighbouring countries( Pakistan and India), the Saudi minister’s postponed the visit.

Earlier, in February Saudi crown prince Muhammad Bin Salman had a memorable visit to Pakistan during which important decisions have been made and Saudi Arabia also signed multi-billion dollar deal with Pakistan. The Saudi crown prince during his visit in Pakistan won the hearts of Pakistani nation.