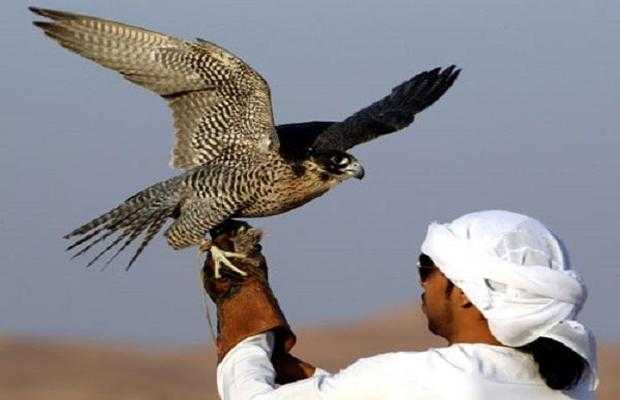 Saudi Prince Fahd bin Sultan bin Abdul Aziz Al-Saud has been granted a permit to export 50 falcons of rare species, Saker and Peregrine, from Pakistan. The request for a permit which was sent in through the Saudi embassy has been duly accepted by the Foreign Ministry of Pakistan, reported Dawn.

“The Ministry of Foreign Affairs of the Islamic Republic of Pakistan presents its compliments to the Embassy of Kingdom of Saudi Arabia in Islamabad and with reference to its Note Verbale regarding export of falcons has the honour to inform that the esteemed embassy may export Fifty (50) falcons from Pakistan to Saudi Arabia for personal use of Prince Fahd bin Sultan bin Abdul Aziz, Governor Tabuk of the Kingdom of Saudi Arabia,” said a letter by foreign ministry’s deputy chief of protocol Mohammad Adeel Perviaz, in response to the prince’s request.

“In this regard, the concerned authorities have been requested to accord facilitation for the export of Fifty (50) falcons from Pakistan to the Kingdom of Saudi Arabia,” the letter further stated.

Saudi princes and other elite of oil-rich countries keep a variety of falcon that is said to help them in the hunting of internationally protected houbara bustard during winter. The old falcons are replaced by younger ones after a certain period, and Prince Fahd’s request seems to be of a certain kind.

However as per sources quoted by Dawn, “by issuing falcon export permits the government was promoting and patronising underground black wildlife market as falcons could not be trapped, sold and purchased here legally”.

The 50 falcons, allowed to be exported, will be bought from illegal sellers in the country.