Speaking to CNN, Governor SBP highlighted the role of the central bank in the wake of COVID-19 in Pakistan. 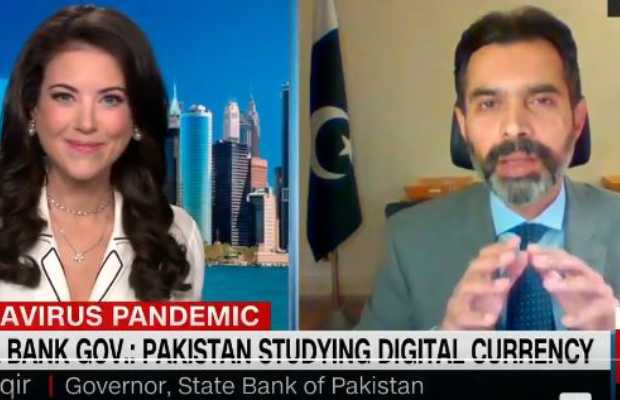 Digital currency might soon be launching in Pakistan as the Governor State Bank of Pakistan (SBP) Dr. Reza Baqir has said that they are ‘carefully studying’ the option to launch a digital currency in the country.

Governor SBP shared his views while talking to CNN. He also highlighted the role of the central bank in the wake of COVID-19 in Pakistan.

Mr. Reza also talked about his vision to bring digitisation to the country’s financial sector.

“We are studying that very carefully. We think that some countries like China are already showing the way,” he said.

Baqir added that the introduction of an SBP’s digital currency will have a twofold benefit to us.

“Not only does it gives a boost to our efforts for financial inclusion but second, because it is a central bank-issued digital currency it allows us to make further progress in our fight towards anti-money laundering, towards countering terrorism financing,” he added.

“So we are at a stage where we are studying it,” he said.

Baqir also informed that they are hopeful to make some announcements on the digital currency in the coming months.

“For now we have allowed a framework for digital banks to begin operation in Pakistan,” he said.

“Pakistan is the market home to the fifth-largest concentration of people, it is a market where people are generally tech-savvy and it is a market that is waiting to burst as far as digitization is a concern,” said Baqir on the potential of digital banking in the country.

“We are very open and we embrace any global mobile payment operator that wants to come to Pakistan,” said Baqir.