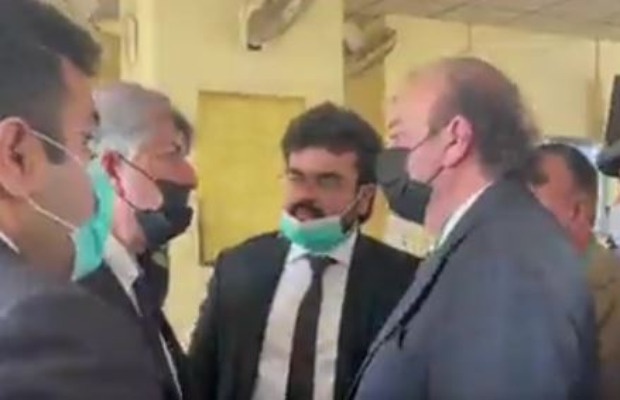 National Accountability Bureau (NAB) has taken Agha Siraj Durrani into custody from outside the Supreme Court.

The apex court rejected the plea and directed the accused to surrender to the bureau.

“We have to proceed with the case as per the law,” Justice Bandial remarked.

The orders were given during a hearing of the provincial assembly speaker’s plea seeking bail in assets beyond means case.

“Supreme Court cannot conduct a hearing on this plea without the high court’s verdict,” he remarked.

“You must have been in the jail if SHC had rejected your bail plea,” Justice Sajjad Ali Shah said while addressing Durrani.

“Why should the court offer you leniency when you didn’t surrender to the police?” he asked.

The apex court ordered Durrani to turn himself in.

“First comply with the SHC’s order and surrender before NAB and then [the court] will conduct a hearing on this case next week,” the apex court ordered.

Meanwhile, the SC also rejected Durrani’s request to restrict NAB officials from arresting him from the courtroom.

As being reported. earlier a team of the National Accountability Bureau (NAB) had raided the residence of Agha Siraj Durrani to arrest him following the rejection of his bail from Sindh High Court but failed due to resistance.