SC orders KMC to immediately restore Askari Park and reopen it for the public!

The 17-acre amusement park is located in the city’s Old Sabzi Mandi. 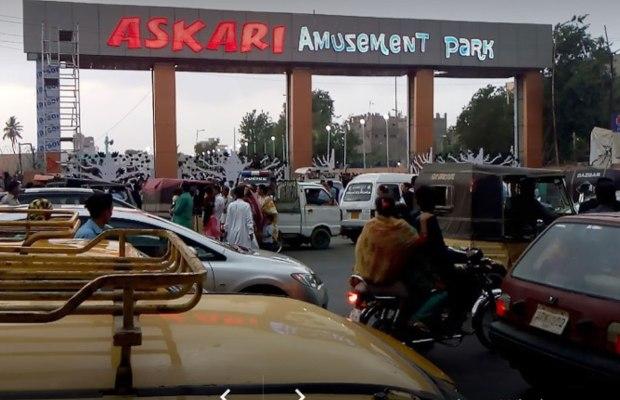 The Supreme Court of Pakistan has ordered to return of the 17-acre Askari Park to Karachi Municipal Corporation (KMC) on Monday.

At the hearing at the top court’s Karachi Registry on Monday,  Corps 5 presented a report to the court in the case of commercial activities in Askari Park, stating that marriage halls have been closed.

Chief Justice Gulzar Ahmed ordered the KMC to reopen the park for the people after restoring it.

The court ruled that there will not be any entry fee for the park.

“The marriage halls and shops surrounding the park will be demolished. The park was given to the institution of defence under an agreement. It was given because no one occupied it,” SC ruled.

“The park was given to the defense agencies to protect it from commercial activities,” Chief Justice Gulzar Ahmed remarked, “But wedding halls and markets are being run there.”

The park’s counsel tried to assure the court that commercial activities on the land have been ended. “It [Askari Park] was given to us under an agreement,” he said.

Justice Qazi Amin interrupted the lawyer and remarked, “Look, keep the defense authorities out of this issue. If we ask you to give us a record of the profits you have earned from this park, will you be able to answer us?”

He remarked that the military has an important responsibility of protecting the country. “Let them do their job. Keep them out of these things. They haven’t even been able to manage the park anyway.”

The court, consequently, instructed KMC to immediately restore and reopen the park for the public, and abolish its entry fees.

“Set up new rides. Demolish the wedding halls and shops inside [the park].”

tweet
Share on FacebookShare on TwitterShare on PinterestShare on Reddit
Saman SiddiquiDecember 27, 2021
the authorSaman Siddiqui
Saman Siddiqui, A freelance journalist with a Master’s Degree in Mass Communication and MS in Peace and Conflict Studies. Associated with the media industry since 2006. Experience in various capacities including Program Host, Researcher, News Producer, Documentary Making, Voice Over, Content Writing Copy Editing, and Blogging, and currently associated with OyeYeah since 2018, working as an Editor.
All posts bySaman Siddiqui