“If the law pertaining to the extension is prepared within three months than the army chief will be granted a three-month extension,” the CJP said. 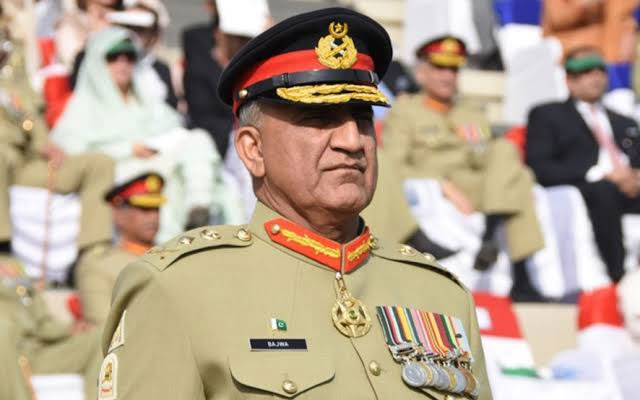 The Supreme Court on Thursday has reserved the verdict in the case related to the extension of Chief of Army Staff (COAS) General Qamar Javed Bajwa.  The verdict would be announced by a 10- member full court later today.

The bench directed the government to draft the new notification in the light of the instructions that it would not mention the supreme court and will exclude the mention of three-year tenure of extension.

The court ordered that the notification would not include details regarding the army chief’s salaries and incentives.

The apex court has sought an undertaking from the government that it would legislate on the matter within six months.

At the beginning of hearing on Thursday, the honourable chief justice Asif Saeed Khosa asked the Attorney General Anwar Mansoor Khan to present the notifications before court regarding the extension in the tenure of former army chief General (R) Ashfaq Pervez Kayani and retirement of General (R) Raheel Sharif.

The CJP said in his remarks, “We were told yesterday that generals never retire”.

The attorney general informed the court that General Bajwa has been reappointed under Article 243, to which the chief justice remarked that  now you have to convince the court this is legal.

After the arguments from the attorney general and Barrister Farogh Naseem, the SC bench reserved the verdict and stated that a 10-member full court will announce the short order in the afternoon while the detailed verdict would be issued in the evening.

In the meantime, the court further instructed the government to prepare a fresh notification which does not mention the “tenure of the extension” and to submit it in the court at 1 p.m.

Meanwhile, the court granted General Bajwa permission to continue working conditionally that stated, “If the law pertaining to the extension is prepared within three months than the army chief will be granted a three-month extension,” the CJP added.

The court further asked the government for a written statement that “legislation pertaining to the extension” will be prepared within six months.

“You are giving the incumbent chief a three-year extension, so what if a more capable military officer is on service? Would you grant him a thirty-year extension?” questioned the CJP.