Murtaza Wahab is not competent enough to serve on the post of Karachi administrator, the court observed earlier 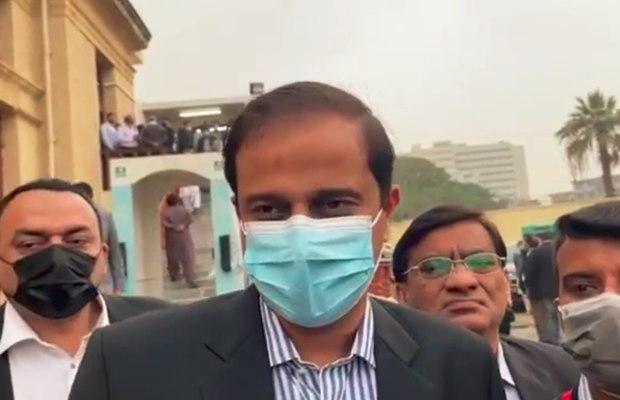 SC takes orders to remove Murtaza Wahab as Karachi administrator back after he offered an ‘unconditional’ apology.

Earlier in the day, during the hearing at the Supreme Court Registry Karachi, Murtaza Wahab had a heated argument with the chief justice.

During the hearing of a matter related to the Gutter Baghicha park, Justice Amin, while addressing Wahab remarked, “These are state lands [and] not your personal property. [You will] have to return them. If we don’t take them [back] then someone else will. You will return the lands,” Justice Amin thundered.

“You know the condition of the city more than me. What are we supposed to do? Leave the government,” Murtaza Wahab replied brusquely.

“Silence yourself mister, what are you saying? Don’t do politics here,” the chief justice reprimanded the Karachi administrator.

“Get out from here. We will fire you right now. Are you an administrator or a political leader?” Justice Gulzar questioned.

He remarked that an administrator was appointed to serve the people in an impartial manner and the position was not meant to be used for politics.

“The administrator, prima facie, failed to perform his duties. The administrator’s behaviour is that of political leaders [and] not of serving the citizens,” the chief justice remarked.

“I apologize for my behavior,” Wahab said.

Justice Qazi Amin remarked that they have removed him [Wahab] from office.

“You are no longer an administrator. You are not part of the state but the government,” he said.

‘I was just stating facts’, says Murtaza Wahab outside the apex court!

While talking to the media outside the court, Murtaza Wahab said that he was just stating facts in the court. “They should have heard things before passing a judgment.”

The administrator added that there was no notification that declares the 1,000 acre land of Gutter Bagicha an amenity of a park.

Murtaza Wahab further added that he has a lot of respect for the court and he doesn’t believe in going against them.

“Being a public servant is an honour for me and I will keep doing everything in my power for this city,” he said.

tweet
Share on FacebookShare on TwitterShare on PinterestShare on Reddit
Saman SiddiquiDecember 27, 2021
the authorSaman Siddiqui
Saman Siddiqui, A freelance journalist with a Master’s Degree in Mass Communication and MS in Peace and Conflict Studies. Associated with the media industry since 2006. Experience in various capacities including Program Host, Researcher, News Producer, Documentary Making, Voice Over, Content Writing Copy Editing, and Blogging, and currently associated with OyeYeah since 2018, working as an Editor.
All posts bySaman Siddiqui