Only up to 10,000 pilgrims took part in the Hajj, authorities said 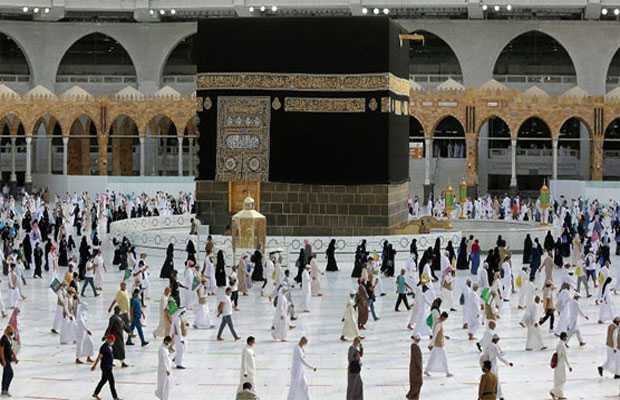 The Hajj this year was restricted to a very limited number of people from multiple nationalities, ruler - OyeYeah News
0Share
142Views

The first downsized Hajj in the modern history amid COVID-19 pandemic has been concluded on Sunday after pilgrims performed the final ritual by circling Islam’s holiest site along socially distant paths.

Masked pilgrims threw pebbles at a wall symbolising Satan in Mina, close to the holy city of Makkah, on the final day of Hajj, state media reported.

This time, instead of gathering the pebbles themselves, the pilgrims were given bagged and sterilised by Hajj authorities, to protect against the viral infection.

Pilgrims returned to the Grand Mosque in Makkah later on Sunday to perform a final “tawaf”, or circling of the Kaaba — a cubic structure towards which Muslims around the world pray.

Holding the ritual in the shadow of the pandemic required “double efforts” by Saudi authorities, King Salman said on Friday after being discharged from hospital following surgery to remove his gall bladder.

“The Hajj this year was restricted to a very limited number of people from multiple nationalities, ensuring the ritual was completed despite the difficult circumstances,” said the kingdom’s 84-year-old ruler.

Saudi health authorities said no coronavirus cases were reported at the holy sites during the Hajj.

After the Hajj, the pilgrims, who were required to observe social distancing and subjected to regular temperature checks, will go into mandatory isolation, Saudi authorities said.

The ritual, one of the five pillars of Islam and a must for able-bodied Muslims at least once in their lifetime, is usually one of the world’s largest religious gatherings.

Saudi local media said up to 10,000 people already residing in the kingdom were participated this year.

The Hajj ministry had initially said around 1,000 pilgrims would be allowed.

The Hajj typically costs thousands of dollars for pilgrims, who often save for years as well as sustain long waiting lists for a chance to attend.

But this year, the Saudi government is covering the expenses of all pilgrims, providing them with meals, hotel accommodation and health care, worshippers said.