Two days after missing, a video of the newly-wed has gone viral on social media seeking protection from the authorities. 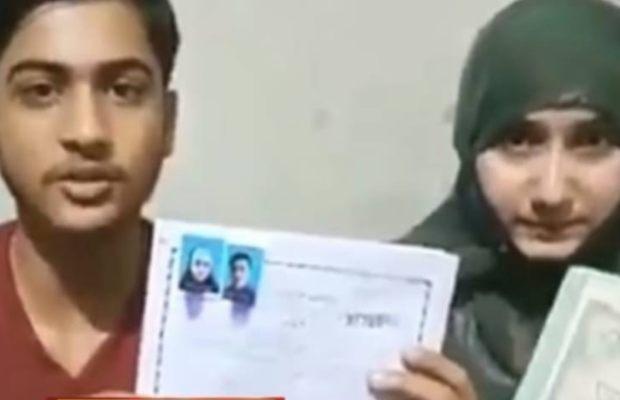 The schoolteacher marries her ninth-grade student in Khairpur!

A piece of shocking news has emerged from district Khirpur of Sindh.

A 23-year female teacher of a private school in Gambat married Shahzeb,20, a ninth-grade student.

It was reported a day earlier that the school teacher was kidnapped but the drop scene of the story was confirmed on Sunday.

It should be noted that the case of abduction of a missing teacher was registered in Gambat on January 24.

A ninth-grade student of the school was also missing from that day.

The teacher had gone missing on January 24, 2022, and there was speculation that she might have been kidnapped as her mother registered a case of kidnapping at the Gambat police station.

The video of the newly-wed has gone viral on social media seeking protection from the authorities.

The ninth-grade student identified as Shahzeb Rajput, 20, sought refuge and protection from the local police and the administration.

The girl said in her statement that no one kidnapped her.