Nation is praying for their safe return. 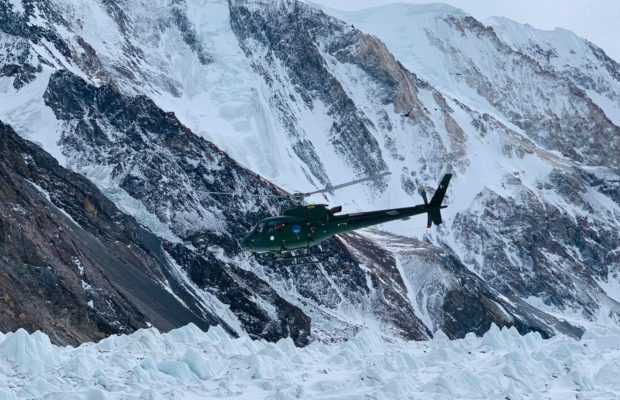 A search operation is underway for missing mountaineers Pakistan’s Muhammad Ali Sadpara, John Snorri from Iceland, and MP Mohr from Chile who went missing on Friday night while attempting to summit the world’s second-highest mountain, K2.

As being reported, Pakistan Army helicopters went on a search flight on Saturday but returned to Skardu after they were unable to locate three climbers.

Chhang Dawa Sherpa, the team leader of the SST winter expedition team, in a tweet shared that army’s helicopter made “a search flight almost up to 7000m and returned back to Skardu”.

“Unfortunately, they can’t trace anything,” he added.

“The condition up in the mountain and even at the base camp is getting poor. We are looking for further progress, but the weather and winds are not permissible,” he added.

The updates were shared by the Ali Sadpara team 13 hours ago on social media said: “We are still waiting for Ali, John Snorri, and JP Mohr to get in contact. While precautionary measures are being undertaken in case of a rescue being necessary. The last communication b/w Sajid and base camp was at 01:00 am and 04:00 am. Prayers Rao Ahmad”.

It was a day ago when reports on Pakistani media highlighted that Ali Sadpara and his team successfully reached the peak of the K-2 summit.

The tweet said, “Please stop this nonsense. We have no direct contact with the team. We still don’t know their exact location. The fake news all over the media is a shame for journalism. Please pray for them instead of scoring. It’s disturbing for their families and climbing community Management.”

The team had left for the final summit attack at 12:00am. a day ago. according to the management, it can take up to14 hours to reach the top.

“Please pray for the safety of the team and all the climbers,” the management tweeted.

“I just got in contact with Sajid at C3. He went out to check if there is any trace of them. He hasn’t [seen] any lights or any movement,” Sadpara’s team management shared on Friday night.

tweet
Share on FacebookShare on TwitterShare on PinterestShare on Reddit
Saman SiddiquiFebruary 6, 2021
the authorSaman Siddiqui
Saman Siddiqui, A freelance journalist with a Master’s Degree in Mass Communication and MS in Peace and Conflict Studies. Associated with the media industry since 2006. Experience in various capacities including Program Host, Researcher, News Producer, Documentary Making, Voice Over, Content Writing Copy Editing, and Blogging, and currently associated with OyeYeah since 2018, working as an Editor.
All posts bySaman Siddiqui