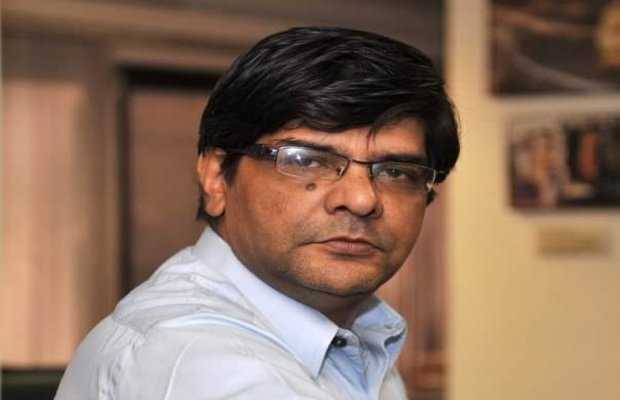 Senior journalist Hasan Mansoor passed away on Thursday in Karachi. As being reported he passed away during his sleep, suffering a cardiac arrest.

Having three decades of journalism experience, Hasan Mansoor had been associated with a number of reputable news organisations. He was working with Dawn as a staff reporter.

He also worked as a staff reporter for Daily Times newspaper for five years before joining daily Dawn in 2006 and working until 2008.

Hasan also worked as a correspondent for French news agency Agence France-Presse AFP for over a decade.

Hassan Mansoor also a short-story writer and poet, as being reported he was was writing a novel on Karachi,  based upon Lyari neighbourhood.

When I used to tie a rakhi around Bhagwandas's wrist on Raksha Bandhan, @hasanmansoor would also make me tie one around his wrist. I will miss you brother. RIP ❤️ pic.twitter.com/d0dh2Yt5B7

I still can't believe Hasan Mansoor is no more. Met him at Karachi Press Club on Tuesday and he looked fine. Death of an excellent journalist. Beside DAWN he also remained associated with AFP. He has also worked with The Star. May Allah give family strength to bear the loss.

Very sad to hear about the sudden demise of fellow journalist Hasan Mansoor… we worked together for AFP news agency. I used to call him H &M after the famous clothing brand… a very nice and kind person and a very hard working journalist… may Allah bless him in Jannah ameen pic.twitter.com/d8CQul2znj

It’s so shocking and unbelievable, met him at club couple of days before and he was usual joyous. Life is so unpredictable. We had contested KPC elections together in 2012. Hassan bhai was gem of a person. The media fraternity has lost a gem today.

Grieved to hear about my coleague hasan mansoor's death Inna lillahi wa inna ilayhi raji'un he was a great journalist and a really fun person to hang out with. Smart and funny. He will be missed.

Dear friend & colleague @hasanmansoor is no longer with us. He was a senior journo at Dawn, previously worked with AFP, Daily Times & The Star. He was full of life, never a dull moment in his company. Also a caring friend & kind, compassionate person. He will sorely be missed… pic.twitter.com/DBlvdHCwMJ

Still can’t get my head around the shocking and tragic news that our colleague @hasanmansoor is no more. Ran into him just last night in the office corridors and, as usual, we both asked how the other was doing. I was rushing so we didn’t have time to talk stories or politics…> pic.twitter.com/kJhnoVwdHE