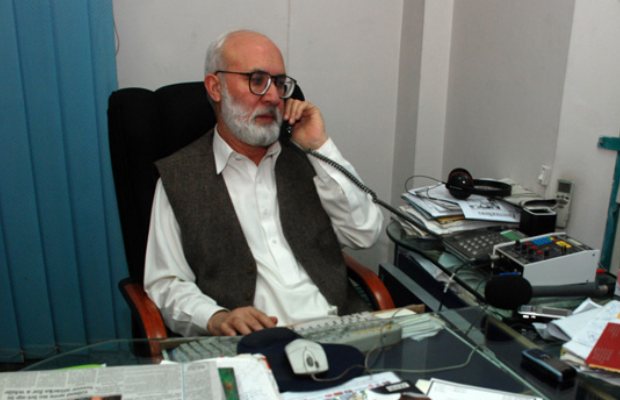 Senior journalist Rahimullah Yousafzai passed away in Peshawar on Thursday.

As being reported veteran journalist and columnist had been suffering from cancer for the past few months.

His funeral prayers will be offered in his native village Inzargai, near Babuzai Interchange, Katlang, Mardan at 11 am tomorrow. 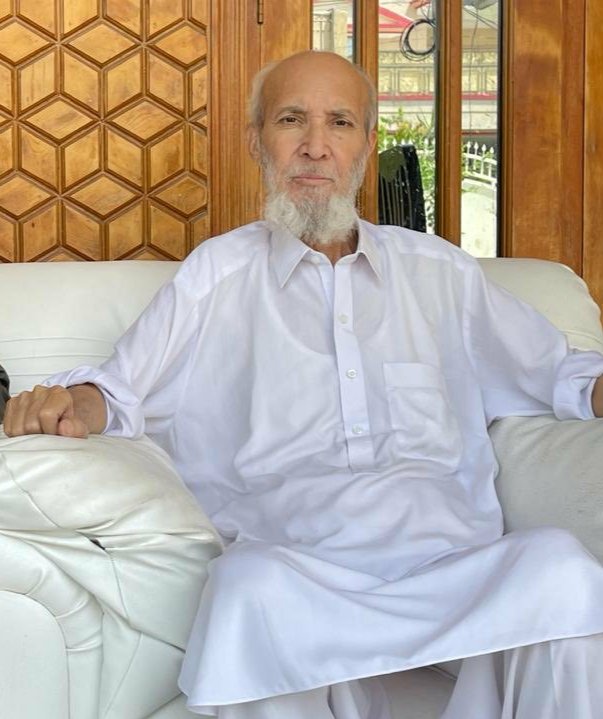 The 66-year old was considered an authority on Afghan affairs due to his vast experience.

Rahimullah Yusufzai has been regarded as Pakistan’s most respected editor and fearless war correspondent.

He reported all sides in the Afghan conflict and interviewed the most elusive leaders.

He is one of the few journalists who went to Kandahar in 1995 to report on Taliban activities. 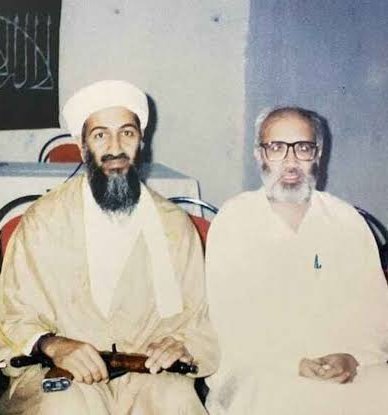 The senior journalist was the former editor of the Jang Group’s The News International at the Peshawar Bureau and used to be an op-ed writer for the monthly Newsline.

Rahimullah had also been associated with BBC’s Pashto and Urdu services in Khyber Pakhtunkhwa as a correspondent.

Saddened to learn of Rahimullah Yousafzai's passing. He was one of Pakistan’s most respected journalists. He was an opinion maker because his columns were well researched. My condolences & prayers go to the family.

Following the news of his demise, many journalists, politicians and others have extended condolences.

Saddened by the loss of a beautiful human being & an amazing colleague Rahimullah Yusafzai.A man of unquestioned integrity & enviable professional acumen.But above all he was very kind & always helping out his juniors & anyone he https://t.co/dPUlcqMmEu brother u will be missed.

Very sad to hear about the passing away of senior journalist Rahimullah Yusufzai who struggled with cancer for the last 15 Months. He was a man of principles and was universally respected for his views. May he rest in eternal peace. Ameen#RIP|#RahimullahYusufzai pic.twitter.com/ZDDm3SIqx0

Deeply saddened to hear about the sad demise of the renowned Pashtun Journalist #RahimullahYousafzai Sb. He remained very vocal in his field and had a deep knowledge of the Pak Afghan issues. May his soul rest in peace.

Deeply saddened to hear about the demise of Renowned and one of the finest journalists Rahim Ullah Yousafzai. May Allah give him highest ranks in Jannat Ul Firdous. Ameen#Rahimullahyousafzai pic.twitter.com/KZukSvbo5C

In Rahimullah Yusufzai’s death we have lost a lovely friend, a towering journalist and a reporting institution. May his soul rest in peace. Ameen pic.twitter.com/ZJPwMfy8RQ

Rahimullah sb was a gem of a person. RIP, #RahimullahYousafzai sb. You’ll be missed 🙁 https://t.co/kCGykbF7mK

Sad to hear of the passing of #RahimullahYousafzai. When I was younger found it really inspirational to see his bylines in Time Magazine when it was less common for that sort of solo attribution to PK journalists for their work. Legend.

One of the great journalists #Rahimullahyousafzai from the Pukhtun motherland is no more amongst us.Indeed We’v lost one of the best Pakistani journalist.
Rest in eternal peace.💐 pic.twitter.com/D0zwPyCbya

What a fond memory of Rahimullah Yusufzai when he had come to Jamia and spent good two hours talking about Pakistan and Afghanistan.

People Come And Go But Memories Stay Forever!And when they are good as he was,they leave behind good memories only. Here in this pic from March 1995,Rahimullah Yusufzai(extreme right)is seen with Zafar Abbas,me and Shahid Malik on the lawns of India International Centre @iicdelhi pic.twitter.com/8HmAgS7fEd