Three girls and four boys, had been swimming and bathing in the Indus River in Thatta’s Jhirk to escape the heat. 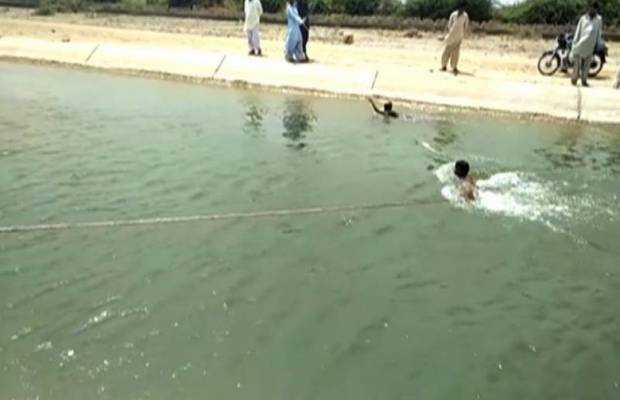 Seven children drowned in River Indus near Thatta on Friday, according to the rescue sources.

As being reported, the children had gone swimming to escape the summer heat in the Indus River in Thatta’s Jhirk .

According to police, seven children aged between 6-10 years drowned after they had gone swimming in River Indus to escape the heat.

Bodies of all seven children, three girls, and four boys were pulled out by the locals from the river. They said that the victims were the residents of a nearby village of Daim Marri.

The bodies of the victims were immediately shifted to the Rural Healthcare Centre, Jhirk. And were later handed over to the families.

Chief Minister Sindh Syed Murad Ali Shah took notice of the incident and ordered Commissioner Hyderabad to present a report on the matter.

“Cooperate with parents in every way,” instructed the chief minister to the relevant authorities.

tweet
Share on FacebookShare on TwitterShare on PinterestShare on Reddit
Saman SiddiquiJune 5, 2020
the authorSaman Siddiqui
Saman Siddiqui, A freelance journalist with a Master’s Degree in Mass Communication and MS in Peace and Conflict Studies. Associated with the media industry since 2006. Experience in various capacities including Program Host, Researcher, News Producer, Documentary Making, Voice Over, Content Writing Copy Editing, and Blogging, and currently associated with OyeYeah since 2018, working as an Editor.
All posts bySaman Siddiqui