Several high ranking officers of Sindh Police have reportedly applied for leaves as the latest controversial incident in Karachi over the arrest of PML-N leader Captain (retired) Mohammad Safdar on Tuesday.

According to the details, several senior officers of Sindh Police, including IG Sindh Mushtaq Mahar, have decided to go on leave after the Karachi incident citing demoralisation of the police force. 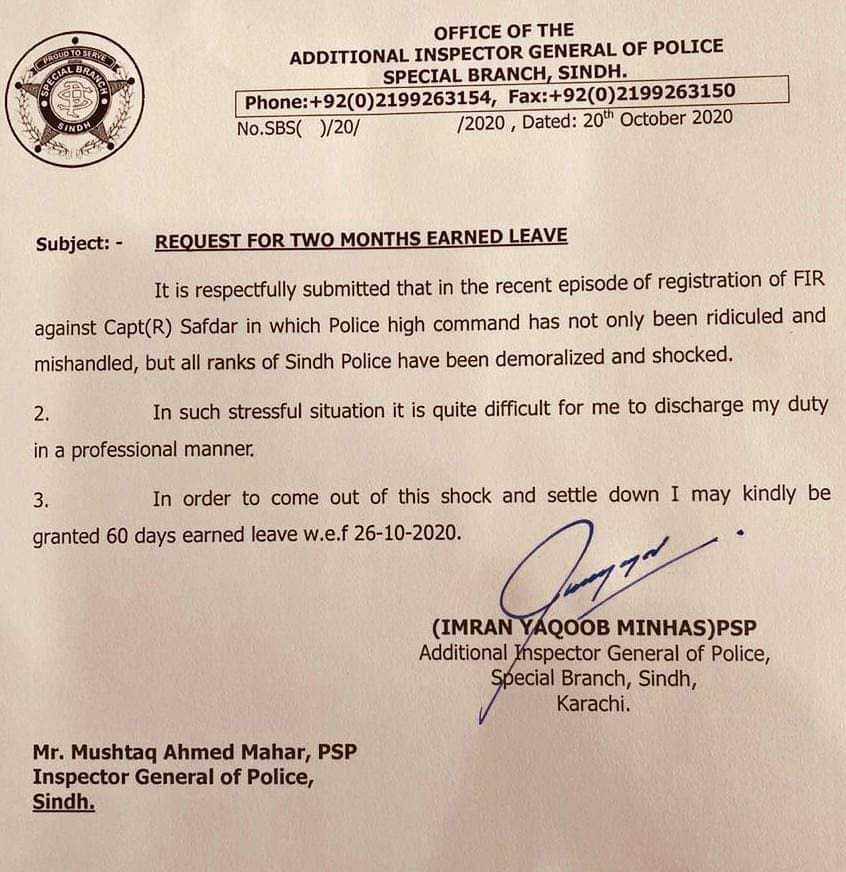 An application of AIG Special Branch Imran Yaqoob, has been making the rounds on social media. The application filed reads that he wishes to proceed on leave because the police high command has been “ridiculed and mishandled”, leading to demoralisation within the ranks of Sindh Police.

“In such a stressful situation, it is quite difficult for me to discharge my duty in a professional manner,” AIG Imran added.

Meanwhile sources revealed that 12-13 other police officers have applied for same sort of leave requests.